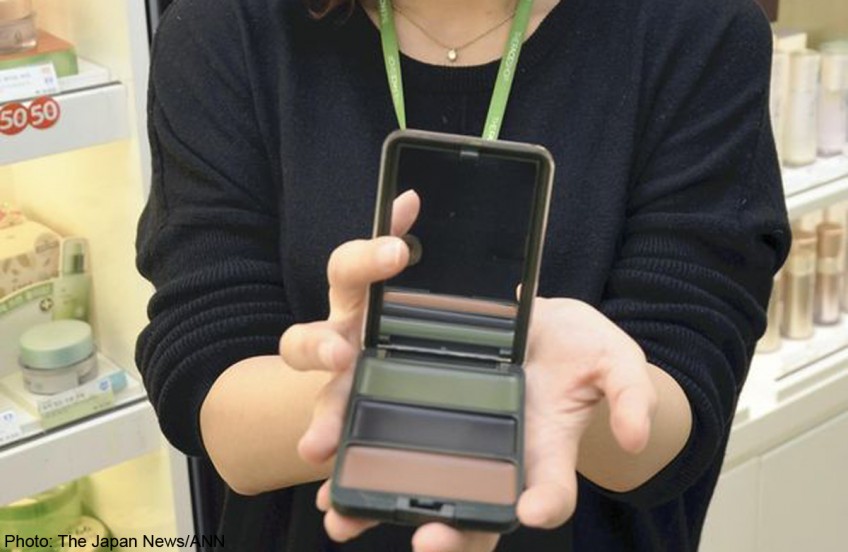 A compact and powder for men, which is also popular as a gift.

SEOUL - Painting one's face in three colors - black, brown and khaki - and hiding in the bushes. It's all part of training to become a soldier, which most men in South Korea experience during their mandatory military service. They can endure hardships or getting dirty during training, but some fret about their skin being ruined by the camouflage paint. Cosmetics that address such concerns are gaining traction in South Korea.

At a store directly managed by the Face Shop, a popular cosmetic brand, in Seoul's central area, compacts with face powder for men, with a logo reading "For Soldier," are available among the more colorful compacts for women. The compact and powder for men is priced at 9,000 won (S$11.11).

The camouflage paint supplied by the military are not popular since they are prone to ruin one's skin. The compact and powder sold at the store uses mild ingredients or those with a plant base as material. It helps protect against the sun, too.

The brand started to sell men's compacts and powder in 2011. An official in charge said some women have also started to buy the product, saying they want to give it as a gift to boyfriends or to their sons in the service.

The new product launched last year is quite popular, and it sells an average of about 6,000 units a month nationwide, according to the official.