Does an ex-wife really get half the man's money in a divorce? 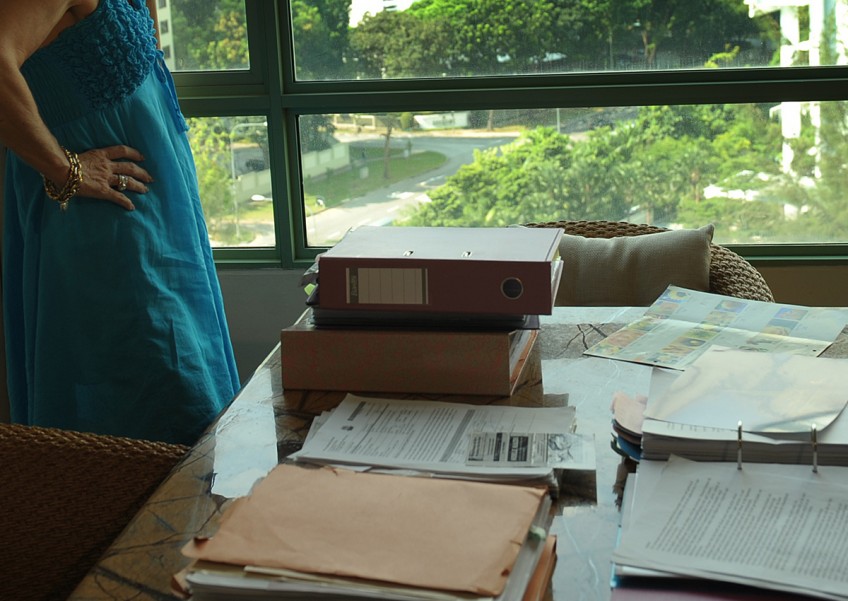 Divorced wives are often entitled to maintenance payouts, but they don't always get the money.
The Straits Times

Of the people who've advised me to just marry a rich man instead of slave away to earn money, there have been close friends, superiors at work and even complete strangers here in sunny Singapore. At least half have concluded with a triumphant, "even better, get a divorce and take half his money!"

Fortunately or unfortunately, while maintenance payments are often made out to ex-wives, it's a myth that divorce automatically entitles her to half the ex-husband's money.

Here are some things to know about maintenance payments in Singapore divorces just in case you're looking to pull the plug on a marriage… or trying to get over a bad case of matrimoniophobia.

If you're planning to serve divorce papers on a soon-to-be-ex spouse, it's important to know why maintenance is even ordered. The court isn't going to just order one party to pay the other because he cheated or stopped putting in effort after 10 years.

In addition, you have to bear in mind that the court often orders division of property as well, which will affect the amount of maintenance that must be paid.

There are two reasons maintenance is ordered:

Child maintenance - One of the biggest decisions the court will be making is which parent gets custody, as well as care and control of the child. Once it is decided who the child will live with, the court can order any or both of the parents to pay maintenance for the child.

The parent who has custody, care and control of the child can also receive maintenance from the remaining parent. This maintenance is usually payable only until the child turns 21.

Maintenance for ex-wife - This is the kind of maintenance people tend to find the most interesting, and the most scandalous. The idea is that the court will try to let the ex-wife enjoy the same standard of living as they would have if their marriage hadn't flopped.

This is usually supposed to continue till one of them dies, or the wife remarries. In practice, the actual amount tends to be lower than people imagine.

So how much does an ex-wife usually get?

Nadia, a lawyer at Kalco Law who handles divorce matters, says the ways in which assets are divided and orders to pay maintenance are made can differ wildly depending on the circumstances of the marriage.

However, guys can rest assured that in practice, it is highly unlikely the court will order the husband to divide half his assets AND pay half his salary to the wife for the rest of his life.

Nadia says, "The division of assets (including the HDB flat) depends on each party's contribution to the assets over the course of the marriage. The contribution can also be non-monetary e.g. tending to household chores. However, if there is little or no contribution by the wife to a short-term and childless marriage, then the chances of her obtaining a share of the assets are slim."

Many factors are considered when deciding on the amount to be paid, and it is quite difficult to predict beforehand exactly how much one will get. Some of the factors the judge will consider include:

Financial standing and earning capacity of both parties - A very wealth ex-husband is likely to pay more in maintenance to his ex-wife than a very poor one, all other factors being equal. Conversely, a very wealthy ex-wife with a high paying career is likely to get less than a housewife without higher educational qualifications, all other factors being equal.

Standard of living enjoyed by both parties during the marriage - If you lived a very modest lifestyle when you were married, don't expect to transform into Cinderella after finding her glass slipper once you're divorced.

Ages of the parties - If the ex-wife is older, the court is more likely to order higher maintenance payments.

Duration of the marriage - If you've only been married for a year, don't expect to get much, if anything at all, especially if no kids are involved. Nadia says, "The longer the marriage, the higher the chances of the ex-wife obtaining a higher share of the matrimonial assets. This is because more often than not, an individual's contribution (direct or indirect, financial or non-financial) is greater the longer the marriage."

Is it possible to get nothing?

The short answer is that yes, in some instances an ex-wife can get nothing.

"If the marriage was a short and childless one and/or she is more than able to support herself on her monthly income, it is possible for the ex-wife to get no maintenance," Nadia says.

Husbands can forget about claiming maintenance even if they marry the richest woman on the island, as Singapore law does not allow it. Sorry, guys.

So the next time you hear someone talking about marrying rich men, you have another reason to shut them up.

This article first appeared in MoneySmart.