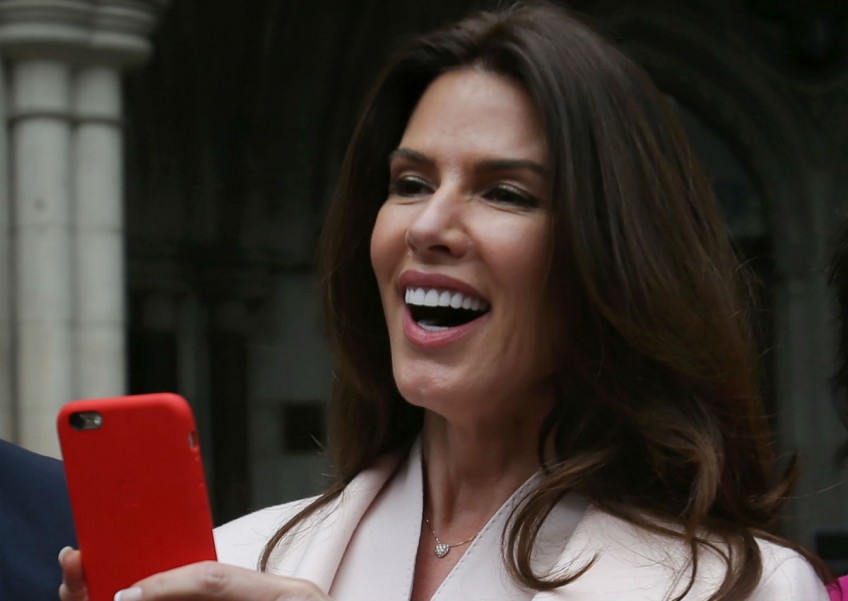 A British court on Thursday awarded a £53 million (S$92.6 million) divorce settlement to a former model who had demanded £196 million from her Saudi billionaire husband - including £1 million a year just for clothes.

Lawyers for US national Christina Estrada, 54, said the total settlement amounted to £75 million, including the value of her existing assets.

She had asked for £196 million from 61-year-old husband Sheikh Walid Juffali but thanked the court after the ruling.

"I am fully aware that the spectacular life Walid and I led was immensely fortunate and rarefied. And I fully understand how this can be perceived in the wider world," she said in a statement.

In hearings during which she was cross-examined on her material needs she told the court: "I was a top international model. I have lived this life. This is what I am accustomed to".

Juffali is terminally ill with cancer and undergoing treatment in Switzerland. He divorced Estrada under Islamic law without her knowledge and married a 25-year-old Lebanese model in 2012.

London is known as the divorce capital of the world and is particularly attractive for wives because awards are higher than in other parts of the world.

Thousands of wealthy Chinese, Russians, Americans and Europeans, many of whom work in the City of London financial district or own property in Britain, now end their marriages before English judges.

Late Russian oligarch Boris Berezovsky reportedly paid up to £220 million to his ex-wife Galina Besharova in 2011.

Jamie Cooper-Hohn, the estranged wife of a London financier, was awarded £337 million in 2014.