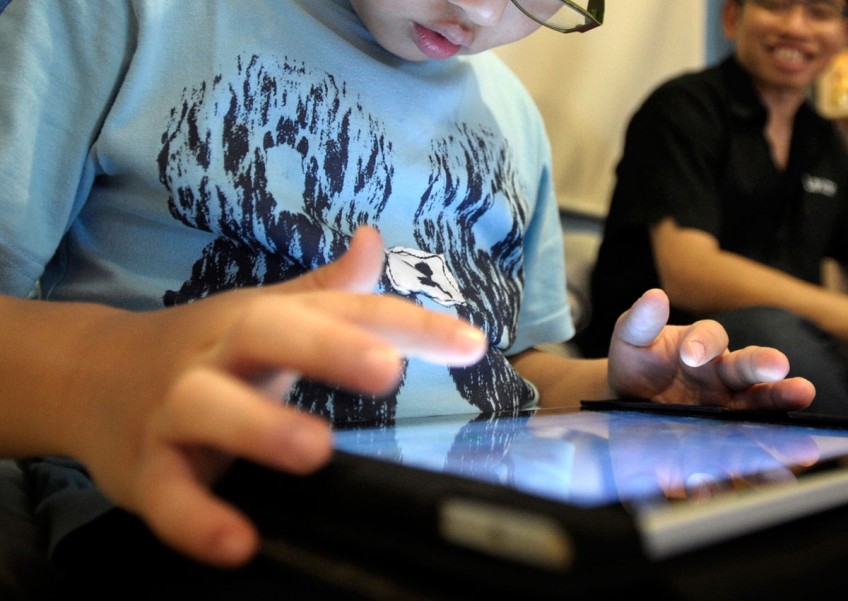 When is the right time to give your child a smartphone?

The perennial question, the answer to which every parent must eventually figure out, hangs over my head like an omnipresent sword of Damocles.

The mobile phone has become a necessary tool for communication, but it also opens the door to the world of cyberspace, where game addiction, smut and sexting are just a tap away.

My wife and I gave the eldest of our three daughters a $50 keypad phone when she was about 10 years old, simply because that was when she started taking the school bus home. Before that, one of us would always ferry her to and from school.

We wanted to be able to call her to make sure she was on the correct school bus. It sounds silly, but her school had about 30 different school buses ferrying children to different parts of Singapore.

I still remember an incident when the bus driver almost took my daughter to the wrong location because he mistook our home for another place with a similar name.

Luckily, she was smart enough to figure out that the driver was going the wrong way and alerted him.

We wanted to be able to call her if she was not home on time, or be sure that the bus was caught in a traffic jam instead of, touch wood, something bad happening to her.

It also meant that she could call us if there was a change in her schedule, say, if she had supplementary classes.

Letting go of our first child, even in small measures, was not an easy decision when we had cared for her every need for a decade.

It was clear to us that giving her a phone, so as to be able to reach her, was the right move for peace of mind and convenience.

When she turned 13, we decided it was time to upgrade her keypad phone to a smartphone with a nice touchscreen and plenty of apps, so that she could use all these great apps to make her life better.

Google Maps has been her best friend, helping the public transport novice figure out the right bus and train to board.

On her first day of school, she took the correct bus, but in the wrong direction.

After I taught her how to use the app, she became a lot more confident when travelling by herself, and managed to get home from several unfamiliar places. Today, she swears by it and has never got lost again.

Another important app for children is the WhatsApp messaging tool. It is useful for "hanging out virtually" with one's classmates, getting the latest announcements from teachers, and much more. Her music teacher uses the app as a virtual whiteboard to notify students of class schedule changes, and to tell those who were absent about their homework.

A chat group formed through the app works just like a classroom, in which 35 teenagers decide how to go on a school outing together.

But letting a child or teen have access to a smartphone also means giving her the keys to enter the scary world of cyberspace. The danger is real.

Just reading the newspapers is enough to put any parent into a state of continuous red alert.

In a report in The New Paper last week, experts said teens as young as 14 are taking and sharing nude photos and sexually explicit videos. The report listed abbreviations teens used during texting to keep their parents in the dark, all of which I had never heard before. These include NIFOC (nude in front of computer), MOS (mum over shoulder) and IYKWIM (if you know what I mean).

In a report in The Straits Times, also last week, a 33-year-old man was sentenced to two years' jail for having sex with an intoxicated 12-year-old girl at a chalet after a night of booze and games.

Another Straits Times report last week said there has been a threefold spike this year in kidnap phone scams - in which bad people call ordinary folk to ask for "ransom", pretending that they have kidnapped the victims' loved ones.

What if the reverse were to take place - and the crooks start calling the children to scare them that they are holding their parents or younger siblings hostage?

Closer to home, children run a real risk of spending too much time on social media and mobile games, instead of on their studies.

I know this because my second daughter, who is 10 this year, spends an inordinate amount of time reading anime fan fiction - stories created by fans around their favourite characters from Japanese animated shows. I worry not only about how she spends more time reading than doing her homework, but also about the standard of the grammar.

She also has a friend who calls her almost every day. During the weekends, multiple WhatsApp notifications ring at split-second intervals from the various chat groups that she is in.

The most frustrating thing, for me, recently: Her prepaid SIM card expired three weeks ago and she did not alert us to this. So, all this while, she has been holding onto her "lineless" smartphone to consume content online, instead of staying in touch with us.

When I gave my eldest daughter a Xiaomi Redmi last year, I thought I should be "fair" and let my second girl have the same phone.

So, I gave her a smartphone when she was three years younger than her sister had been when she got her smartphone - and it is a decision I am still mulling over on a daily basis.

But it is not all bad with the smartphone. For instance, Chinese translation apps such as Pleco do help my second daughter with her schoolwork. I also see plenty of classmates exchanging notes, and teachers sharing information about schoolwork in WhatsApp chat groups.

If every other pupil in your child's class has a smartphone and is communicating en masse, it will be tough to keep her out of the loop. In the end, the decision still boils down to education and trust.

There is no substitute to spending lots of time with the children to gain their affection and trust in us as parents, combined with a firm hand if they do wrong.

Increasingly, I am finding less time to do this. Since starting my own public relations business, I find myself so busy that I hardly get more than 30 minutes with each child on a weekday.

And I still have to help my second daughter avoid a repeat of her recent horrendous maths results.

It is exam week soon, so this weekend, I must put away the smartphones (hers and mine), and focus on the stack of maths assessment books at the far corner of my 3m-long desk.