Help for divorcees waiting for cheques 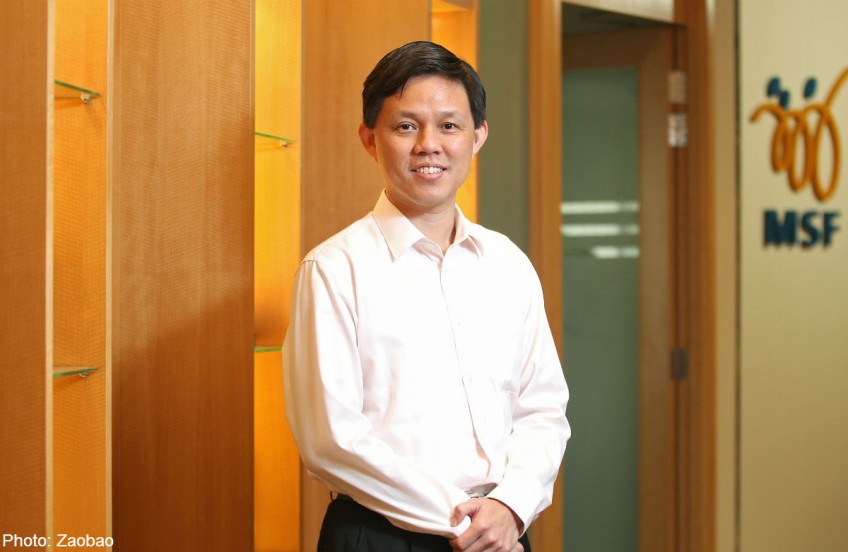 SINGAPORE - Besides trying its best to save ailing marriages, the Ministry of Social and Family Development (MSF) will try to lessen the practical pains involved in a divorce.

The issue of maintenance looms large, with thousands of women claiming each year that their former husbands were not keeping their end of the bargain.

MSF is also looking into the possibility of awarding maintenance based on needs rather than gender, said Minister for Social and Family Development Chan Chun Sing yesterday.

Such a move, which may be tabled in Parliament after public consultation ends early next year, would mean that, in exceptional cases, men will also be able to claim maintenance from their former wives.

But figures showed, and lawyers agreed, that the issue of former husbands lapsing on maintenance payments was more pressing.

About 3,000 applications to enforce maintenance have been filed each year since 2012, according to figures from the Family Court.

Mr Chan pointed out that not paying maintenance regularly has a "very severe impact on the stability of the lives of (divorcees') children".

Women in such a quandary can look forward to greater support, he said, especially for aspects such as housing, employment, their finances and childcare.

He said that the ministry also wants to help those who cannot pay maintenance regularly as they "might be in and out of jobs (or) come from low-income families".

Lawyer Lee Terk Yang told My Paper that the issue of enforcement was pressing, whether it concerns the care and control of or access to the children, or the payment of maintenance.

"The crux of the matter is really the children. It could be damaging for them if a parent doesn't own up to his or her financial obligations, or if they are caught in the middle of their parents' tussle," he said.

Meanwhile, maintenance could also be provided to men who are unable to help themselves.

Currently, under the 1961 Women's Charter, only women - regardless of their financial status - can claim alimony from their former husbands.

"There are a few exceptional cases in which we also have to look (after) the interests of men who may have been incapacitated by whatever unfortunate circumstances," said Mr Chan.

These include the severely disabled and those who have met with accidents, he said, stressing that the new provision should apply only to those in need.

Pointing out that divorce proceedings can be "long-drawn and painful", Mr Chan also said that making the couple undertake mandatory counselling sessions could be a "first step" to preventing the separation.