Here's what to do if your friends don't like your boyfriend 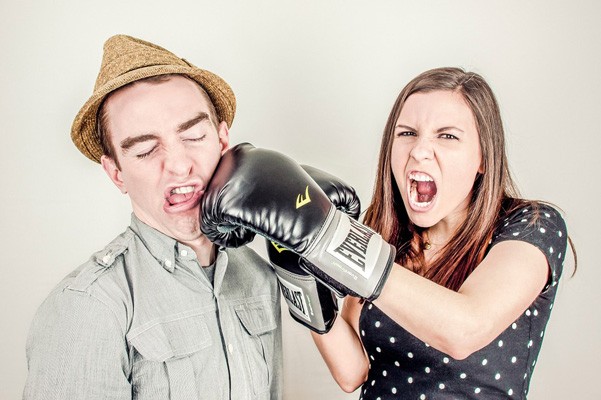 One thing a woman should never need to do is choose between her boyfriend and her friends. Unfortunately, such a situation arises sometimes, when your friends don't approve of your new man and it's really hard to make everyone happy. Here are seven ways to tackle this situation.

GET A REALITY CHECK

Ask yourself seriously why is it that your friends dislike him. You might be looking at your new guy with rose-tinted glasses and not see his faults that your friends have picked up. It could be because of the way he treats you in public so take a step back and look at things from their perspective and see if they do have a reason for not liking him. After all, your friends are meant to look out for you so give them the benefit of the doubt.

If you think he's the one for you, talk to your friends and ask them to respect your choice. Tell them that you understand that they might not like his sense of humour or the way he dresses but there's more to him than that and that he's the one that you have chosen to be with. But don't be aggressive when saying this, you don't want to push your friends away because of a man, so be gentle.

It could just be the case that your friends met him in situations that he's not comfortable with. He might be an introvert and they've only met him at parties or bars. Or he's not arty and you always seem to plan group nights out to the theatre. Arrange something in a surrounding that you know everyone will be comfortable in and do this in smaller groups so that everyone gets the chance to talk and get to know each other.

LET HIM GO...FOR A WHILE

If it has got to the stage where bringing your man out with your friends makes you feel uncomfortable, stop doing it. Shoving him in your friends' faces will not make things any better so take some time out. Don't neglect your friends though; go out with them as usual but separate your friends from your boyfriend for a bit. Give them time to see how happy you are and how you're not pushing them away, even though you know they don't approve of him. That will score you some points.

Have you been spending way too much time with your boyfriend and therefore constantly turning down your friends' invitations for nights out? Or when you're all out together, are you and your man hiding in the corner playing tonsil hockey, instead of socialising with everyone? It could be that your friends feel neglected and therefore 'blame' him. Don't disregard your friends just because you have a new man.

Sometimes, it really is as simple as the fact that they really liked the guy you used to be with. If your friends got along very well with your ex, it could be that they aren't willing to accept the fact that the two of you are over. Remind them why you both broke up, explain that you have moved on and tell them how this guy makes you happy now and that they shouldn't take their unhappiness out on him.

The easiest way to deal with the situation is to just, well, deal with it. Accept the fact that not everyone's going to think that your boyfriend is god's gift to this earth and therefore, not everyone is going to like and appreciate him the way you do. Stop forcing others to like him and move on with your life.

Go to herworldPLUS for more stories.