I feel lost because of my husband's affair 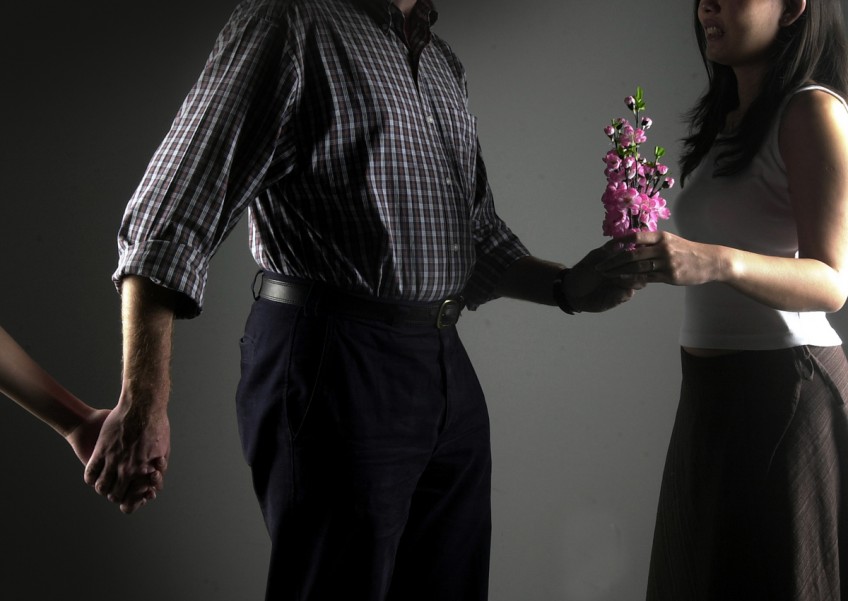 I'm a part-time worker in my 40s, and my husband has been having an affair with the mother of a classmate of our second son.

Their relationship apparently started developing at a party held in appreciation of the board members of the parent-teacher association. I learned about the affair last summer.

I told my husband to break up with her, but he said, "I'm allowed to freely love other women, even now." I can't begin to understand that.

My husband said he loves our two sons and does not see this as being unfaithful to me.

He even said, "Her husband's having an affair, too, so what's the big deal?"

He just doesn't get that he's a home-wrecker.

I believed I had a happy life with him stretching over a period of almost two decades, including when we first started dating.

I could never even consider divorcing him because our children are thriving so well in our family as it is.

However, I'm so shocked by his infidelity, I don't even feel like talking to my husband. I feel so frustrated, empty and full of pain.

Although I want to rebuild our relationship, I'm so angry these days that I have no idea what to do.

Our children are about to enter that difficult time of early adolescence, so I want to settle this as soon as possible.

My advice is you should pull yourself together. We all have critical moments where we have to go forward no matter how tough it is. You are in such a moment.

Act immediately to defend your life and children. It's hard for children to grow up in the shadow of what was once a family.

You should rise up to rebuild your family based on trust and love.

It's outrageous your husband is having an affair with the mother of his son's classmate.

He said he is allowed to love other women freely, sounding like a showbiz celebrity, but you should demand he be responsible as a father and a husband.

You also need to make him realise that people around him or even your children may know of his affair, given that you already know it.

Your husband probably thinks you're a pushover because you haven't reprimanded his behaviour strongly enough.

Be prepared to cause a storm when you fundamentally look into the problem and redefine your relationship with your husband to put it on more equal footing.

First and foremost, however, you must be resolute.

Don't simply cry or be angry at him.

You have to become a strong enough woman that your husband gives you the respect you deserve.