I'm great friends with my ex-husband 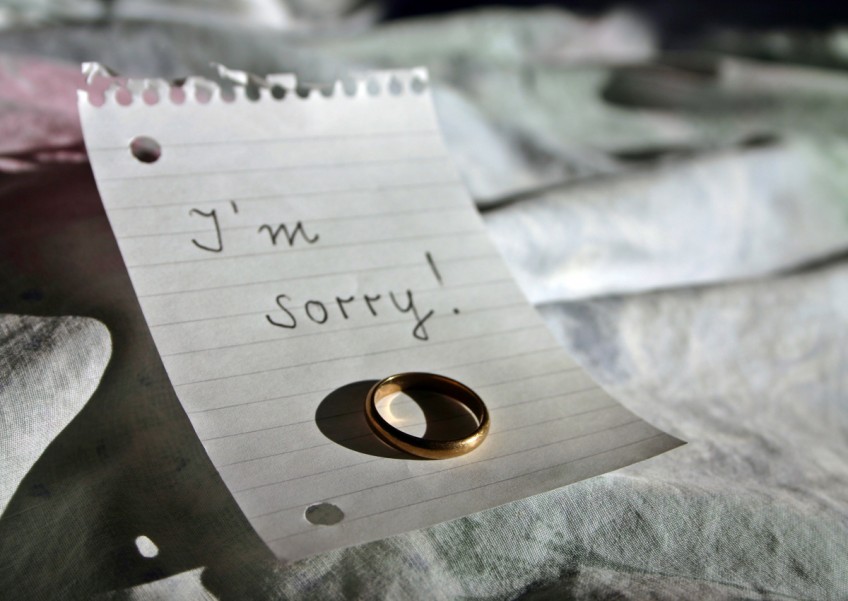 Gwyneth Paltrow and Chris Martin are an anomaly - divorce has worked out well for them. No ugly dramas, no petty grievances, just an enviably good friendship. It's not mission impossible. Two women tell Davelle Lee how they're better off as friends with their exes.

"I met Noel* through mutual friends when I was 21, when he hosted us during a visit to China in 2007. We clicked, and decided to see where this could go. A lot of our dates took place over Skype, and after a year, we officially became a couple.

In 2009, Noel, who was training to be a pilot, lost his job. We saw this as an opportunity for him to find work in Singapore, so we could finally be together.

But things got off to a rocky start. As a foreigner in Singapore, he could not apply to be a pilot with Singapore Airlines as only citizens and permanent residents were eligible.

It was the only airline he wanted to work for, so he obstinately refused to apply for any others. This meant he had to put his dreams on hold and look for alternative job openings. The perfectionist in him could not deal with this setback.

He would complain about being discriminated against, and lamented that he would not be happy till he secured a job as a pilot. He was often insufferable, and nothing I said could lift his mood.

Things between us weren't perfect, but when Noel proposed, I accepted.

A part of me suspected he was doing it to increase his chances of getting permanent residency here, so he could get a job. But I pushed it out of my mind, and we got married in 2010.

Things only went south from there. Noel continued to be bitter and sullen, and at the same time, other cracks were beginning to show.

He was uptight about money, and began finding fault with everything I did. I finally threw in the towel seven months into the marriage, after he snapped at me to 'be quiet, or else'. I told him to pack his things and move out.

I was so exhausted from having to tiptoe around his toxic attitude, and resentful that I'd tried so hard to inject some optimism into his life, yet received nothing in return. So filing for divorce and going our separate ways was a huge relief.

We didn't see each other for a year and a half. In that time, I dated someone new, but things didn't work out. I admit I felt empty and longed for companionship, and reaching out to my ex-husband crossed my mind. I had heard that Noel was still single and working in Singapore.

I decided to take a chance and meet him for a catch-up. I was surprised at what I saw when we met.

Noel had got a job in sports entertainment, and was visibly happier. Without the negativity, I found him to be good company. We began to hang out once or twice a week, enjoying deep conversations over meals at restaurants.

When we were apart, we constantly texted about what was going on in our lives. He also began inviting me to gatherings with his colleagues and friends.

None of them knew that we'd once been married. It felt like the early days of our relationship. I toyed with the prospect of giving things another go, but ditched the idea when I found out his contract was expiring soon, and he had no intention of staying in Singapore.

Still, we continued to spend time together. I realised that without the pressures and expectations that came with marriage, we could actually be really good friends.

In 2013, Noel left for the United States to pursue his dream of becoming a pilot. Our communication slowed, but we would still check in on each other once in a while. We exchanged travel photos, and he would update me on his training progress.

When he graduated from the programme and went back to China to become a full-fledged pilot, I was happy for him.

One day, Noel texted out of the blue: 'Do you remember why you used to get frustrated with me?', adding that he was having problems with the woman he was seeing, but could not put a finger on the cause. This came as a surprise because Noel never wanted to hear how I felt when we were together. I was touched by how much he now valued my opinion.

I knew his idiosyncrasies and blind spots better than anyone, and wanted to help him. By now, I had moved on entirely. Noel was still important to me, but strictly in aplatonic sense.

I worried that he was sabotaging his relationship and was at risk of losing a good catch. So I delicately laid out the grievances that I speculated his current girlfriend would have. I felt like I was getting through to him in a way I hadn't been able to when we were married.

From then on, Noel would consult me over text every time he fought with his girlfriend, and I would analyse the situation for him.

Later this year, I'll be heading to China with my husband - whom I married in 2014 - for a holiday. Noel and I have arranged to meet up, and it will be the first time we've seen each other in a long time. More than just catching up, I intend to embrace my role as his unofficial love coach and have a heart to heart with him about this woman in his life.

Looking back on our turbulent relationship, I'm amazed to see how far we've come. Our friendship has truly grown stronger over the years. Now the occasional cockpit photos I receive from Noel always bring a smile to my face, knowing that he's happy doing what he loves."

"I've been close to Jayden's* family for years, and prior to our divorce in 2008, spent many nights bonding with them over good food and good conversation. So I was absolutely crushed when, following one particularly bad argument, he bellowed: 'You're no longer part of my family!'

At the time of the divorce, we'd been married seven years, and had two young children. 'Irreconcilable differences' was the official reason for the split. But of course, it ran much deeper than that.

It was, simply put, an unhappy marriage.

First, Jayden drank. His job required him to entertain clients, and things sometimes got out of hand. I was a stay-at-home mum and didn't know what he was up to when he was out late into the night.

The more bitter I was about these late nights, the more combative he became. I chided him for his partying ways, while he attacked me with snide remarks, implying that I was not faithful.

Our marriage also had a violent streak. Eventually, I wanted out.

But our kids meant I couldn't just eliminate Jayden from my life. So we worked out an arrangement during the separation, where they'd see him on alternate weeks.

I decided to get a job with flexible hours to support myself. It was difficult enough having to pick up the pieces of my life while working out a routine for my children, and grappling with my new job. I definitely wasn't willing to let go of my important friendships with Jayden's cousins just because he and I were no longer married.

I'm especially close to Kate*, whom I consider one of my closest friends. She was a pillar of support during the tough times. Together with a group of mutual friends, we would meet for drinks to let off steam. Jayden wasn't having it.

Whenever he spotted pictures of us on social media having a night out, he would text Kate in a fury, demanding that she stop hanging out with me. I struggled to keep the peace, and pleaded with him to leave Kate and his other cousins out of it.

To their credit, they refused to take sides. My relationship with Jayden was purely functional at first.

Our interactions were mostly terse encounters when I dropped the kids off at his place, or when we met at family functions. We made it a point to always be civil. Nonetheless, I knew he still said nasty things about me to his family and our mutual friends.

The turning point in our relationship came in 2009, when my father died. As an only child, it was my responsibility to handle the funeral. I had so much to take care of, I knew I needed Jayden to be there for the children.

When I told him about my dad, he was full of concern. Jayden stayed with me throughout the wake. With the children in his care, I could focus on the funeral. He gently explained to them what had happened to their grandfather and what was going on. He braved awkward conversations with my family.

He even acknowledged Owen, who was my new boyfriend at that time, and the man I would eventually marry. I realised then that despite our rocky history, he was someone I could count on. Things improved from that point, and we kept each other up to speed with phone calls and text messages.

When we dropped the kids off at each other's places, we sometimes stopped to have a chat too.

There were still occasional clashes, like at times when Owen disciplined the children. Jayden would hear of it and call me, furious that I was letting Owen yell at our son. Time and again, I had to reassure Jayden he wasn't being replaced, so that our fragile and newly-budding relationship could continue to thrive.

It would be a long time before our issues, especially the tension between Owen and Jayden, would be resolved. It was on my daughter's birthday last year that things changed.

Jayden decided to throw a big birthday bash for her, and everybody was invited, including me and Owen. With a little help from the festive atmosphere, Jayden and Owen had a bit of a breakthrough, and were laughing together by the end of the night.

Since then, things have been better. We get together with Jayden and his family at birthdays and Christmas. I still see Kate regularly, and once in a while, Jayden brings his girlfriend over to our place.

I couldn't ask for anything more. If Jayden and I didn't have kids, would we be where we are now? Probably not. It took a lot of work for us to become friends. But the fact remains that, apart from Owen, no one understands me better than Jayden.

And that's not easy to let go of. We've seen each other at our worst - how often can you say that about someone, and still want to be friends with them?"

*Names have been changed

women
#Divorces, Separations and Annulments
SUBSCRIBE TO OUR NEWSLETTER
Your daily good stuff - AsiaOne stories delivered straight to your inbox