It was love at first sight, says 70-year-old groom 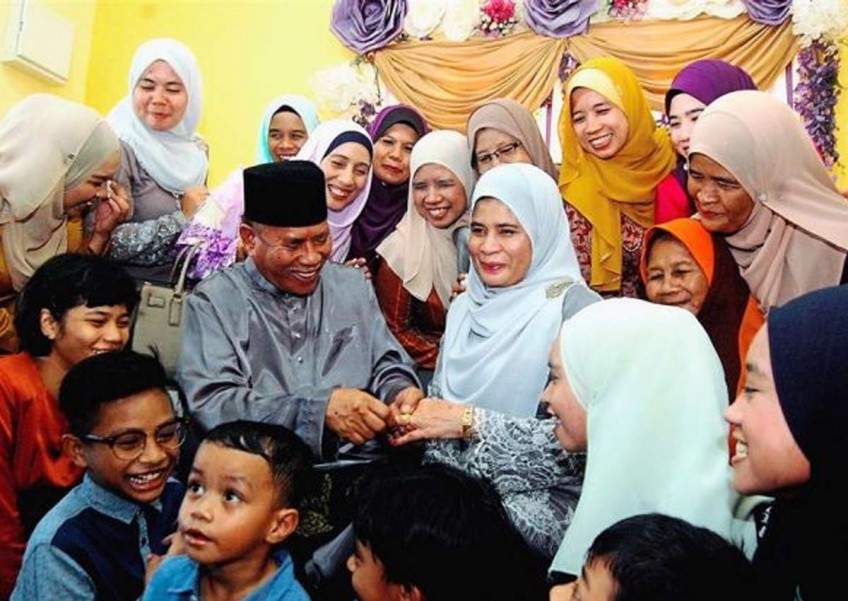 Aziz and Rosnah surrounded by family members during their marriage ceremony at Parit Pendekar in Merlimau, Malacca.
The Star/Asia News Network

MALACCA: Ex-prison officer Aziz Rahman had settled down to life as a single after his wife of 30 years died a year ago. However, as luck would have it, Cupid struck when he met Rosnah Lajis.

In thanking God for giving him rezeki (blessings), Aziz described his jodoh (match) with Rosnah as "love at first sight".

Aziz, 70, said he hoped to be blessed with a child from the marriage as he had no children before this.

"We met each other about one month ago during a breaking of fast event.

"I got attracted to her instantly and she too felt the same way," he said when met after the solemnisation ceremony with his 60-year-old bride at Parit Pendekar in Merlimau near here.

Aziz said he had no intention to remarry at first but his adopted son insisted that he should have a companion to spend his twilight years with. He said ever since his wife died, he had been living alone at his home in Johor.

"My adopted son was looking all over to find me a partner.

"Now, he does not need to search anymore as both Rosnah and I are from Merlimau," he said.

Aziz described his other half as a "very humble and feminine person".

"I guess it's fate that led to our meeting and falling in love.

"She is a pious person and interestingly, still single," he added.

Aziz said they would stay in Johor Baru and survive on his monthly pension.

"Rosnah has retired after working for a private company.

"I don't want her to work but spend more time with me," he said.