Local actress Yvonne Lim announces that she is 3 months pregnant 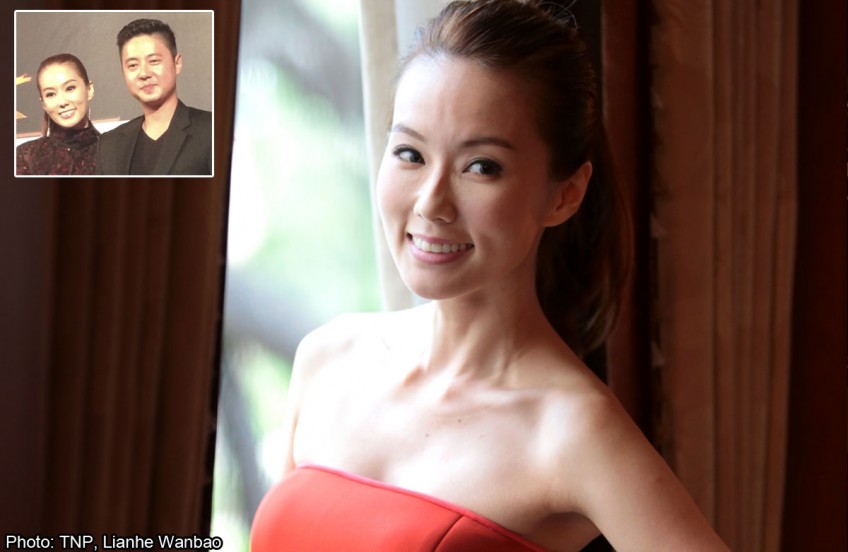 SINGAPORE - Local actress Yvonne Lim has announced that she is having the child of her fiancé Alex Tien, Shin Min Daily News reported.

The 37-year-old got engaged to Tien, 34, in March this year, after just six months of dating. The soon-to-be husband is a former Tawianese boy band B.A.D member and businessman.

Lim, who confessed to The New Paper in May that she and her fiance adore kids so much that they were "already letting nature take its course", said the pregnancy came as a surprise because she didn't "expect it to be so fast."

Shin Min Daily reported that she is about three months into her pregnancy.

"I know Alex will be a very reliable, responsible father figure from the way he loves animals," she said during the May press conference. "He keeps two stray dogs at home, and rescued another from a pet shop before it was about to be put down.

"Ultimately, it depends on divine providence how many children we can have. Of course, I hope I don't disappoint."

She added that she was "a little surprised" when Tien popped the question during her cover shoot for fashion magazine Nu You in Singapore.

"I thought he would be more reserved and apprehensive about getting hitched, especially after his first (failed) marriage," she said.

"But I know he followed his heart, as this just feels so right. Anyway, his past is past, what's important is that we are really happy together.

"When he got down on bended knee, it caught me off guard. I got all emotional and cried."

Tien married Taiwanese model Sharon Hsu in 2009. The former couple, who have no kids, announced their amicable divorce last November.