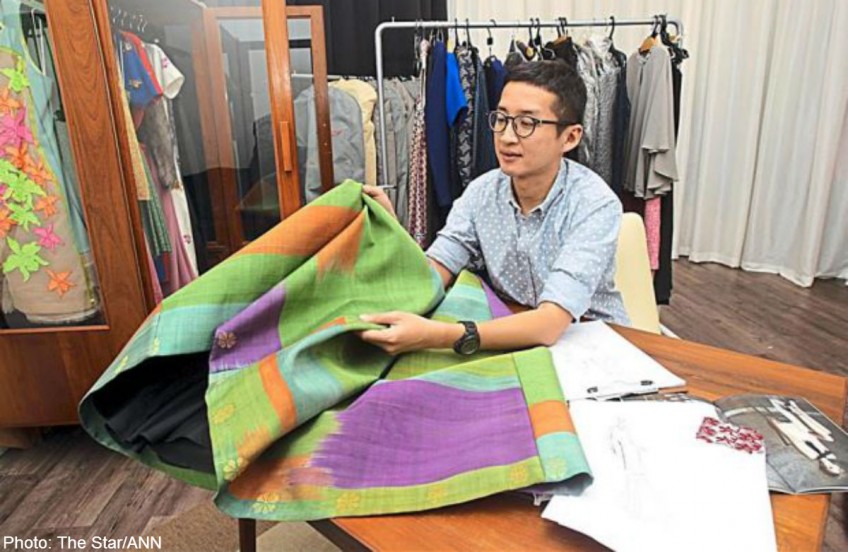 PETALING JAYA - Malaysian fashionistas keep in step with international trends while staying true to their traditional roots in the season's latest Aidilfitri collection.

For instance, Datuk Bernard Chandran will showcase his Petang Raya collection that uses mainly leather, silk and linen in his designs.

"I started my Petang Raya collection in 2006 and always made it a point to inject an international flavour to my collection. Not only that, I raise the bar in traditional designs by combining it with cutting edge urban aesthetics," said Bernard, 46, whose Facebook page stated his designs had also captured the attention of royal families in Malaysia and Brunei.

He said urban aesthetics was the preferred choice this year unlike last year's rich and glamorous design.

As for Lee Khoon Hooi, who is known to dress A-list celebrities such as Datuk Siti Nurhaliza, he is focusing on "unique and modern outfits".

The 43-year-old Perak-born designer, who started his Hari Raya clothing a year ago, also includes the traditional touch.

Lee, who heads the creative team of his company, explained that he would separate the outfit into two pieces.

The baju kurung, for example, would be a top and skirt, instead of a dress.

"Customers are looking for two pieces which are light and simple, while comfortable to wear.

"I also give them the choice to mix and match so that they can wear for other occasions too," he said.

At the same time, he preferred to use pastel rather than bright coloured materials. To him, pastel colour gives a sweet and warm approach.

This year, Lee opted to give his design a modern setting, hence, using more silk as his preferred fabric.

From fabric sourcing to presenting the Hari Raya clothing in the boutique, it took him three months.

Prices for Lee's collection start from RM800 (S$313) and is available at Starhill Gallery, Bukit Bintang.