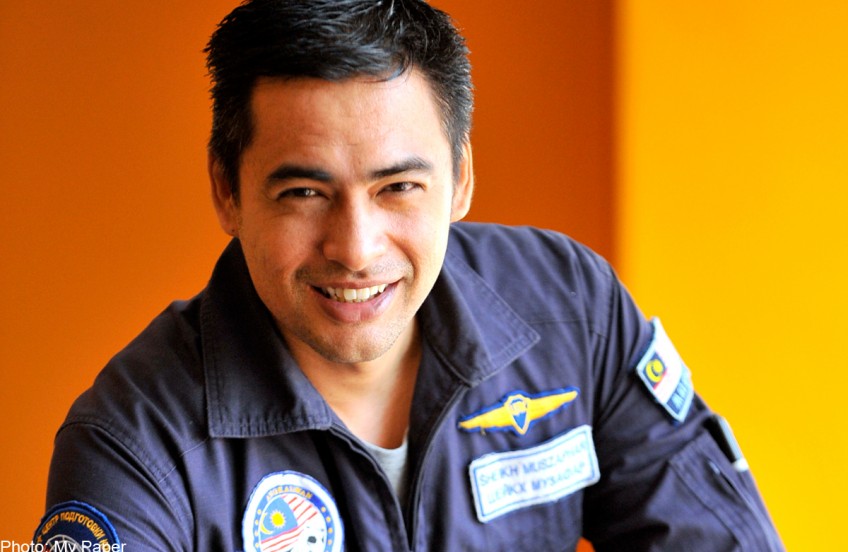 LANGKAWI: National astronaut Datuk Dr Sheikh Muszaphar Shukor said it should be a woman who next makes the foray into space.

"It would be something different and I wish that one day, the Government could send a woman to space.

"I believe that this will greatly inspire young people and show women are as capable as men," he said during a teh tarik sharing session at the Langkawi International Maritime and Aerospace Exhibition.

An orthopaedic surgeon by training, Dr Sheikh Muszaphar said there were various "schools of thought" over the preferred gender for an astronaut.

"The Russians do not believe in sending women to space, claiming that they are too emotional to make a decision. But the Americans find that women are highly capable and able to perform multi tasks at one time," he said, adding that out of 520 people who had gone to space, only 50 were women.

Showing video clips of his adventure and training, he said an astronaut was required to be neither too tall nor too fat due to the limited room in the space craft.

"It's okay if we don't shower in space as we don't smell because there is no bacteria," he said, adding that he would "do anything" just to be in space again.

"The sight of Earth is fascinating beyond words," he said, who was greeted with a warm reception from the crowds.

Dr Sheikh Muszaphar travelled to space on Oct 11, 2007, from Ka­­zakh­stan onboard the Soyuz TMA-11. He returned after 11 days in space.

The session was organised by the Science, Technology and Innovation Ministry with Yayasan Angkasa Malay­sia.

Another session will be held today at MOSTi's booth at C960 at 10am.