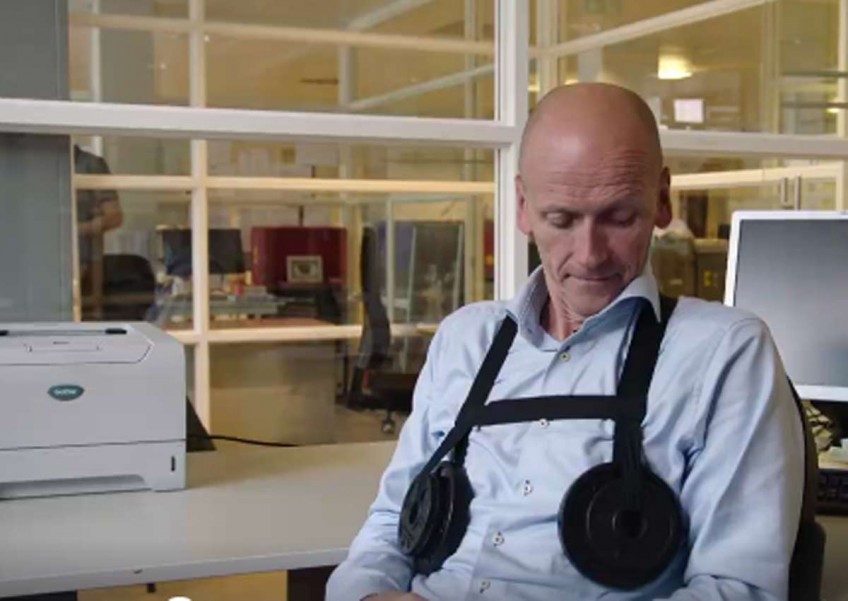 Male employees from women's lingerie brand, PrimaDonna were made to wear breast weights to understand how important bra support is for women.
Video screengrab

Some say, "Men will never be able to understand what it's like to have breasts".

But that isn't the case for men working in this lingerie company.

To better understand their customers' needs, PrimaDonna lingerie decided to place weights on their male employees' shoulders in order to prove how important having bra support is for women.

The luxury lingerie company prides itself on catering to women with a bigger bust - C-J cup sizes - and hence, felt it was necessary to show the importance of support for women of all cup sizes.

So they introduced International E-cup Day - a day where all men in the company would have to wear the breast weights for the entire day.

A video released by the lingerie company on Monday (July 4), featured one of the male employees after he experienced shouldering the E-cup breast weights.

He had this to say of his experience: "Let's be honest an E-cup can weigh up to 1 or 1.5kg per breast. This is a lot. It hurts your neck. It hurts your back."

He then added that he finally understood why proper bust support is necessary, especially for women with bigger breasts.

"Good support is important. Everybody at PrimaDonna knows that now," he said.

And if that wasn't interesting enough, it seems there could be a new system to measure the weight of your breasts.

Over in Japan, apparel-maker, Genie created two unconventional charts that measure how heavy a woman's breasts are, reported RocketNews.

The first one makes use of the weights of animals.

Though RocketNews considers these as odd comparisons, it believes the charts do manage to prove the importance of support for women of all cup-sizes.