The Victoria's Secret (VS) fashion show is often seen as the biggest fashion event of the year.

Each year musical icons like Selena Gomez and Taylor Swift grace the runway as Victoria's Secret angels don fancy lingerie that are to die for.

This year, we can look forward to the Champagne Nights Fantasy Bra which will be worn by Lais Ribeiro.

Being a Victoria's Secret angel is a dream for many models. 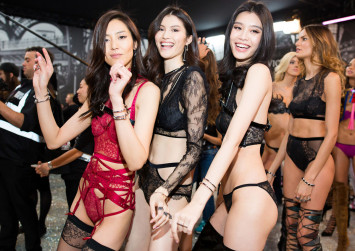 It doesn't matter whether or not you're a supermodel or if you've been freshly cast - as long as you're on that runway, your reputation is given a boost.

This year's show is set to be in Shanghai on Nov 20 (airing on Nov 29) so we can expect more Asian faces - double the number from last year's - to be exact and we have all the deets.

Out of the eight models, seven have been confirmed. The final one is reportedly still being picked from a Chinese reality TV show, with the finals airing on Nov 16.

Ever since her modelling career began in 2005 after competing in reality TV show New Silk Road World Model Contest, Liu Wen has been known as China's first supermodel.

The 29-year-old has walked for luxurious labels like Burberry, Givenchy and Tom Ford, just to name a few. To get a gauge of how much of a mark she's left - she's been on 15 international Vogue covers and walked 74 shows for the Autumn/ Winter fashion shows in 2009.

That was also the year when Liu Wen proved that Asian models could walk the Victoria's Secret Fashion Show as it was her first VS gig.

Unlike the others who prep for the show with high-intensity workouts, Lui has a more toned down approach. Her personal preference? Pilates, hiking and forest bathing.

The surfing and horse-riding lover is the second Asian model to walk the Victoria's Secret runway. She made her debut in 2011 and since then, she's been walking in every show, making this year's the seventh for Sui He.

The Wenzhou native is also a familiar face on the catwalks of Anna Sui, Chanel and Ralph Lauren to name a few. In 2012, she became the first Chinese model to represent Shiseido makeup - a Japanese beauty giant.

While she's not doing what she loves, she's in the gym getting ready for this year's show, focusing on strength training just like Shu Pei.

Plus one makes five shows for 28-year-old Ming Xi. Born and raised in Shanghai, Ming Xi's modelling career took off after she walked for Givenchy couture in 2010. In that same year, she also appeared in Givenchy's Autumn/ Winter '10 advertising campaign.

Now she regularly walks in Chanel's ready-to-wear and couture shows plus she recently walked the L'Oreal x Balmain runway.

Ming Xi prefers to warm up with daily one-hour gym workouts with her personal trainer that'll strengthen her abs.

This is the first Victoria's Secret Fashion Show for the 19-year-old who was born in China and raised in France. Estelle was discovered five years ago in 2012 when she won the Elite Model Look competition.

Since then, Dior, Louis Vuitton, Miu Miu and more labels have booked her for fashion shows.

Estelle is known for being outspoken about the lack of Asian representation on the runway and applauds Victoria's Secret for being extremely diverse. 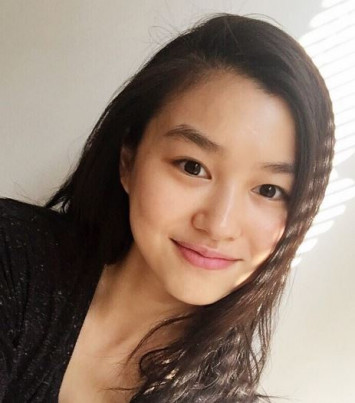 Unlike fellow Angels who use this rare opportunity as a chance to skyrocket their modelling careers, Estelle wants to follow in the footsteps of Karlie Kloss and put education first. After the show, she'll be studying economics at HEC Paris.

Estelle is trilingual - she speaks English, French, Mandarin and a little bit of Wenzhou dialect.

She'll be prepping for the show by cycling and doing pilates.

The 27-year-old actress/model signed with Next Management in 2007. It wasn't until a year later when she started being booked for high-end labels like Christian Dior and Vivienne Westwood.

She also began her acting career in March 2015 when she shot her first film "Oh My God".

In January this year, she became one of the many mothers to walk the Victoria's Secret runway - Shu Pei welcomed her baby daughter earlier this year.

Shu Pei preps for the VS show with strength-based workouts like boxing and ballet and drinks tonnes of water.

28-year-old Wen Ju started off her modelling career in 2010 when she was discovered by IMG Model Management on the internet. They found a photo of her and asked her if she wanted to walk the catwalks of New York Fashion Week.

Since then she's been on runways and merely two years later, she landed a job as the face of Marc Jacobs' Spring/Summer '12 campaign.

She's no rookie as she's walked the runways of almost every high fashion label out there, from Prada to Tory Burch. Four years later in 2016, she became the face behind L'Oreal.

Like Sui He, Wen Ju too likes surfing and long-distance runs to prep herself for the pink and silver glittery runway.

The 22-year-old model from Guangdong Province has walked the Miu Miu Resort 2016 show and been in editorials for various magazines.

Although the fashion world is yet to know Xin Xie at the top of their heads, it's hopeful that the VS show will give her the boost she needs to be known internationally.

Xin Xie isn't one for crossfit fitness - she keeps things simple with strength training and pilates.