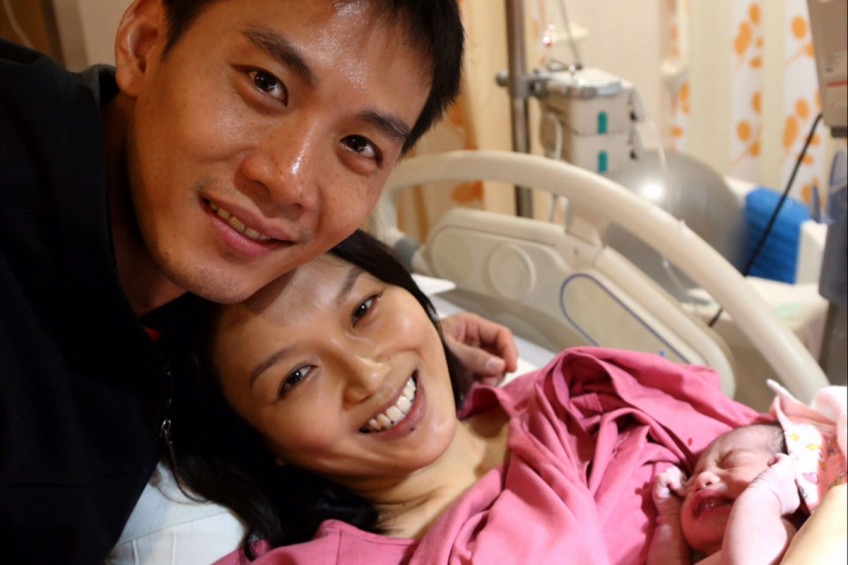 While other mothers take it easy during their maternity leave, Joanne Peh continues to have an active life post-birth.

"Joanne hasn't really been on maternity leave. She went straight back to work a month after giving birth, hosting (variety show) Baby Steps," husband Qi Yuwu told The New Paper yesterday at the press conference for his latest drama, The Dream Makers 2, at One Farrer Hotel & Spa.

Qi, 38, returns as Jason Lam, an executive producer who makes enemies in the workplace with his perfectionist standards. The 32-episode series will debut on Dec 12 and air on weeknights at 9pm.

Qi, whose daughter was born three months ago, said: "Of course I'm helping out, but there are things I can't do for the baby, like breastfeeding.

"Joanne is her primary caregiver, so most of the responsibility falls on her. When I was filming The Dream Makers 2, she would wake up to feed the baby alone and insist I get a good night's rest so I would have the energy to shoot the next day.

"It's a very challenging time for the two of us but a very fulfilling one too. We have to work hand-in-hand to raise our daughter and it has brought us closer."

Qi said he and Peh, 32, have a relatively relaxed approach to parenting. They have chosen to bring up their daughter on their own terms and take things one step at a time.

For example, they recently went on a holiday to Japan with the infant in tow, despite being advised that they might not be able to cope.

"We wanted to have a break for just the three of us as Joanne has spent a lot of time at home with the baby since giving birth and has been working hard too. Honestly, I was worried about her and thought she deserved a good rest.

"We considered very carefully if we should take our baby on holiday and decided to go for it because we were managing pretty well at home. We figured we should just try it and see."

The family travelled to Osaka, Kyoto and Nara, choosing to visit quiet places like temples and parks for a more relaxing vacation.

Qi said they had no difficulties on the plane. The couple followed the advice of experts and fed the baby during take-off and landing to help equalise the air pressure in her ears.

"She behaved well throughout the trip and it ended up being a very happy time for the three of us as a family," said Qi.

When asked if he and Peh plan to announce their baby's name to the public, Qi said it was unlikely.

"Joanne and I are public figures, so it's natural that people will be interested in our child. But our daughter is still so young and we prefer to protect her privacy and freedom.

"Some artists are okay with sharing their kids' names, but we just choose to be more private. Our close friends and family do know our baby's name, but they have been very respectful of our need for privacy. Even when they take photos with our baby, they do not share them publicly."

Although Peh has been posting more pictures of her baby girl on her Instagram account recently, Qi feels that it is okay as the pictures do not show the baby's full features.

"At the moment, we still need to protect her. When she is older, she can choose whether she is comfortable being in the public eye," he added.

Now that filming for The Dream Makers 2 has wrapped, Qi will soon head back to Beijing, where he is based, to confirm a possible new role in a TV drama or movie.

He said: "Of course I'll miss my family while I'm there, and I don't know how long I'll be away this time. But I know the baby is in good hands with Joanne."

This article was first published on November 20, 2015.
Get The New Paper for more stories.