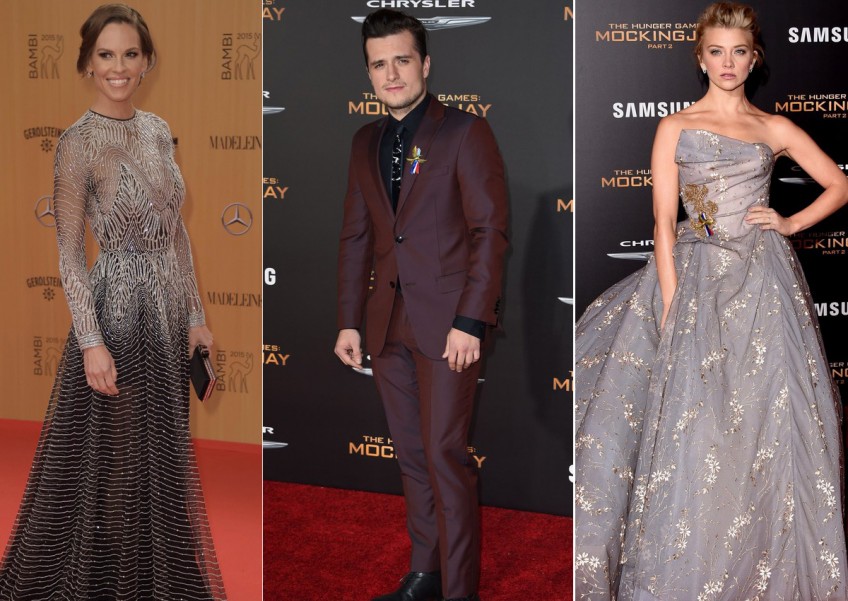 This week's couture offerings are so on point, I died and went to gown heaven, says Jeanmarie Tan.

The queen of resting b-faces is completely unrecognisable here, in the best way possible. This is the sort of breathtaking fairy-tale tulle ballgown that ought to be leading lady Jennifer Lawrence's uniform throughout the Mockingjay - Part 2 farewell tour, but good for supporting actress Dormer for getting her hands on it first. You snooze, you lose.

Here is another dreamy Cinderella moment from the most unlikely "princess". Ora takes a break from her skanky wardrobe and the results are magical. Admittedly, it looks like a few ostriches had to die for that gigantic ombre skirt, but I am living for the exquisite glittery sheer bodice.

Also making me swoon is Swank, who turns up the glam factor with this glitzy, regal silver-and-black fantasy. I truly need a moment to take in all the details.

I have been changing my mind every few hours about this white-and-blue chiffon piece that looks like it has been ripped to shreds. Is it genius? Is it a joke? Is she basically wearing a swan carcass? Why did she forget to do her hair? Oh, I am also resigned to the fact that these questions may never be answered in my lifetime.

There is no black, lace, leather or goth make-up for once. But there is also no logic to be had, pairing a military-style jacket with a ruffled petticoat to create an explosion of such unacceptable weirdness.

An event honouring you and you pick THIS? A craft project made out of a moth-eaten shower curtain? Blanchett has some nerve thinking she can pull off stuff from Chanel's ugly pile, because - news flash! - it ain't happening.

If Jennifer Lawrence is the "girl on fire" in the movies, then Hutcherson is the guy on fire when it comes to the premieres. Togged out in iridescent burgundy, the spiffy underdog is way more adventurous than boring ol' Liam Hemsworth. It's Team Peeta for the (fashion) win.

WHO WORE IT BETTER?

It is pretty evident by now that nobody can hold a candle to Effie Trinket. Alexander's jewel-toned striped sequined long-sleeve column gown is great, but Banks' even more colourful and dazzling version is in a league of its own. It makes me think of year-end parties and instantly puts me in a holiday mood. There is no contest in the hair department either.

When it comes to Klum, whose recent lows include being named worst-dressed at the Emmys and transforming herself into a grotesque Jessica Rabbit for Halloween, the only way is up. Just when you think the classy lady in her is lost forever, she resurrects her inner diva from dormancy and is absolutely radiant in a royal purple ballgown. Better late than never.

This article was first published on November 21, 2015.
Get The New Paper for more stories.