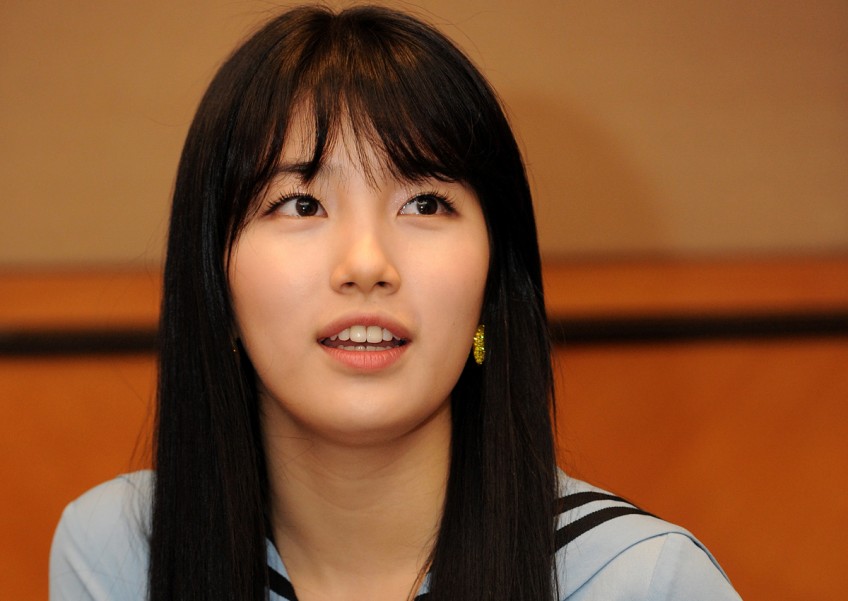 K-pop starlet Suzy Bae, 20, is a magnet for advertisers. Over her five-year showbiz career, she has starred in more than 30 commercials, ranging from those for skincare products to tech gadgets.

On the phone from Manila last week, she tells Life why advertisers keep knocking on her door.

"I think they love me because of my positive attitude. They can see the bright spark in me, the happiness inside me," she says in Korean through a translator.

The 10-minute interview was arranged by advertiser Lenovo. She was in Manila for the Chinese IT giant's product launch.

Her appeal to advertisers might well be that she is a combination of fresh-faced innocence and va-va- voom sexy.

Unabashed about these contrasting attributes, she says: "I believe I'm both sexy and lovely. I believe all woman have a little sexiness in them. I don't just want to be either sexy or lovely. I'd rather be both. "

She switches easily between her pure and sultry images.

She captured hearts as a college student's first love in the hit Korean movie Architecture 101 (2012). Her girl-next-door appeal earned her the title of "Nation's First Love" in South Korea.

Bae morphs into a hot babe when gyrating in skintight outfits in music videos. In a soda commercial, she oozes sex appeal as she appears drenched while wearing a crop top and shorts.

Her actor beau Lee Min Ho is an advertiser's darling too. In Singapore, he is plastered on a huge billboard advertisement for a smartphone and he was in town last year to promote a massage chair.

News of celebrity couplings typically have an adverse effect on their commercial value. However, the golden couple remain a popular choice among advertisers even after they went public with their relationship, according to an article on The Korea Herald's K-pop site, Kpop Herald.

The article quoted an advertiser describing Lee as an "irreplaceable" spokesman due to his popularity in "Chinese-speaking markets".

It said there was increased online traffic to Bae's cosmetics commercial video after the dating news broke.

Still, her management banned questions on her love life for this interview.

When Life asks if she gets her boyfriend to fix her tech devices, control was airtight and nothing was given away. Over the telephone, the translator deadpans in English: "She gets it fixed at a service centre."