Sorry boys, it's time to check off one of Singapore's attractive socialites from your eligible list now.

The 25-year-old socialite did not disclose the identity of the baby's father nor her groom-to-be.

While we can only guess who the lucky lad is, it was rumoured that she is seeing Mario Ho, who is the son of Hong Kong gambling magnate Stanley Ho.

The two were seen spending Valentine's Day together last year, and Ho was tagged in Lim's photo on Feb 15, 2016.

But Kim has kept it as secret who her fiance is.

Congratulations to the couple, though. 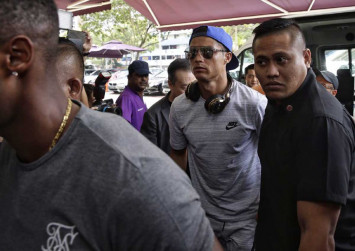 Earlier today, it was reported that Christiano Ronaldo had visited Lim and her father at Thompson Medical Centre where she was warded with her newborn.

The arrival of Ronaldo had caused a frenzy at the private hospital with fans of the football mega-star swarming the premises.