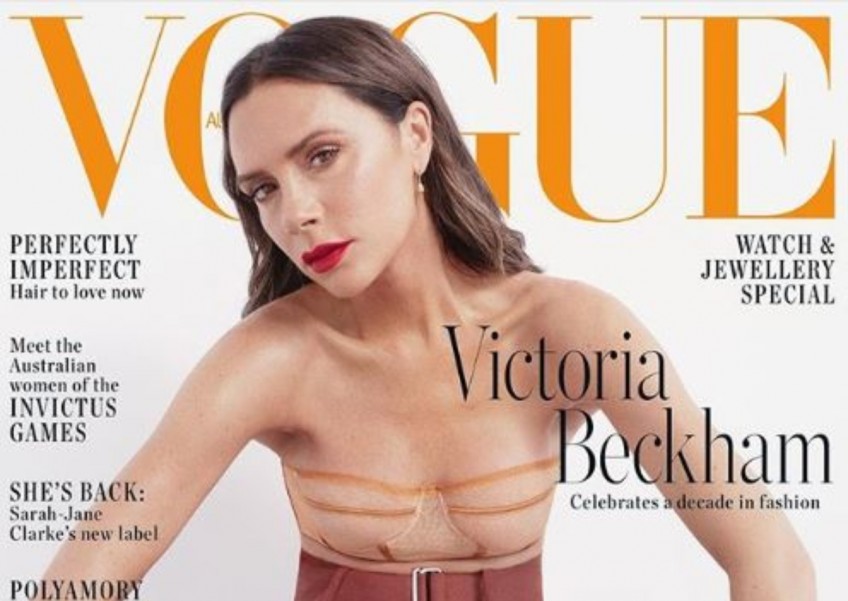 Victoria Beckham always has this elegant aura, which gives off this idea that, oh, she's ladylike. But there are also times when Victoria strips off her posh persona and does silly things like lifting her leg in photos and dancing with Cookie Monster. Because, you know, she's a human being and not just a woman we place standards on based on how she presents herself.

She further proved that she's not letting society isolate her within a certain stereotype via her latest Vogue Australia cover shoot.

On Instagram, Victoria shared two photos where she's wearing pieces from her latest collection. Instead of a demure pose, she's womanspreading like she's lounging. As we explained before, this pose is empowering because it shows that a woman is in charge and building up power for herself. It's the opposite of "manspreading," which is just what men obnoxiously do to take up space and assert unnecessary dominance.

Seeing an influential woman like Victoria Beckham join the womanspreading movement in a platform like Vogue cements the fact that women are here to stay. They don't need to always "act prim and proper," sit upright, and be well-mannered to be respected. At the end of the day, a woman is defined by their successes and not how they present themselves to society.

In Victoria's case, she is an entrepreneur, designer, mom of four, a former musician, and also received an OBE from the Duke of Cambridge. Definitely more than her outer demeanour.