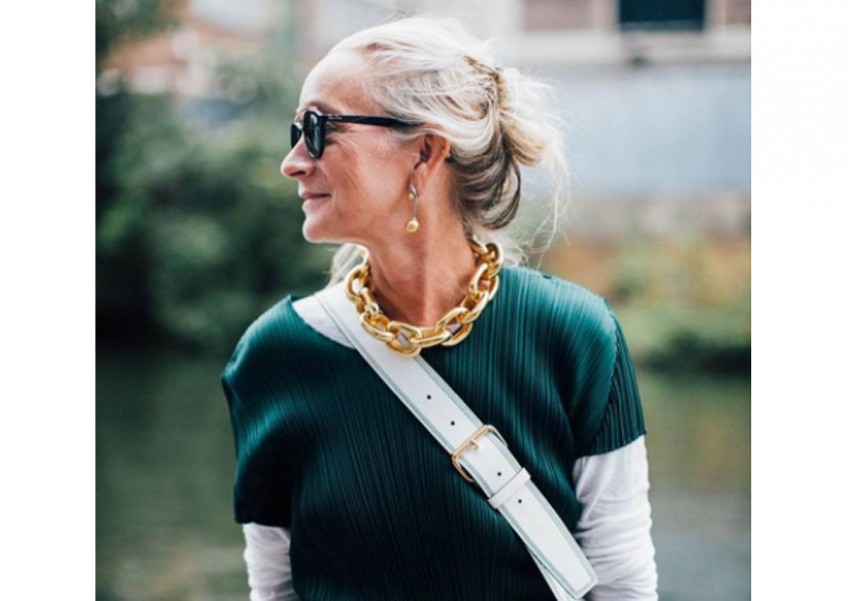 When Edward Enninful was named British Vogue editor-in-chief, it was a revolutionary time as he's the first male to hold the position.

This also brought about two departures after Alexandra Shulman stepped down after 25 years in the magazine.

The first one was managing editor of 24 years Frances Bentley.

The other one might come as a shock: apparently Edward fired fashion director Lucinda Chambers.

Lucinda worked in the publication for 36 years and announced that she was stepping down last May.

But in a brutally candid essay titled "Will I Get a Ticket?" on Vestoj, she revealed that her departure was based on Edward's decision.

She didn't mention why, but she did drop several bombs on some brands and designers, British Vogue, and just the overall state of the fashion industry.

It's so controversial that Vestoj took down the interview.

This sparked speculations that the publication and/or Lucinda were possibly given cease and desist letters by Vogue's parent company Cone Nast.

But for all the trouble her honesty caused her, Lucinda imparted important pieces of wisdom on work ethics, life lessons, and how we should view editorial content.

#1 Failures are nothing to be ashamed of

Lucinda recounted how a friend told her to stop saying that she was fired.

She also openly admitted that some of her cover shoots "were crappy."

One of them was the June cover with model-designer Alexa Chung.

"[Why] can't we celebrate failure? After all, it helps us grow and develop. I'm not ashamed of what happened to me," Lucinda added.

#2 The fashion industry can be harsh

"Fashion can chew you up and spit you out," Lucinda wrote.

She went on to discuss how Marni's designs went on a downward slope after they let go of designer Paulo Melim Andersson and completely changed gears.

"The last womenswear collection at Marni was a disaster; it had terrible reviews. The show was appalling."

She added that if designers or any fashion employee didn't get support from their colleagues, they're instantly out of the picture.

There's also the pressure that comes with creating collections and meeting the demands of top business companies.

"The designers do it, but they do it badly-and then they're out. They fail in a very public way."

#3 Experience should still be top priority

One of the biggest revelations Lucinda spilled was when Vogue hired a new fashion editor during her maternity leave 20 years ago.

Her editor at the time emphasised how she hired her because she looked stylish and confident.

This was also despite the fact that the new editor had never done shoots before.

#4 Fashion should make you feel empowered

Lucinda emphasised how fashion could make one feel vulnerable and anxious.

"We're all on display. It's theatre. I'm fifty-seven and I know that when the shows come around in September I will feel vulnerable. Will I still get a ticket? Where will I sit?" she said.

This was also why she hasn't read Vogue in years. "What magazines want today is the latest, the exclusive. It's a shame that magazines have lost the authority they once had. They've stopped being useful," she said.

"I know glossy magazines are meant to be aspirational, but why not be both useful and aspirational?"