Who's the cruise ship piano player 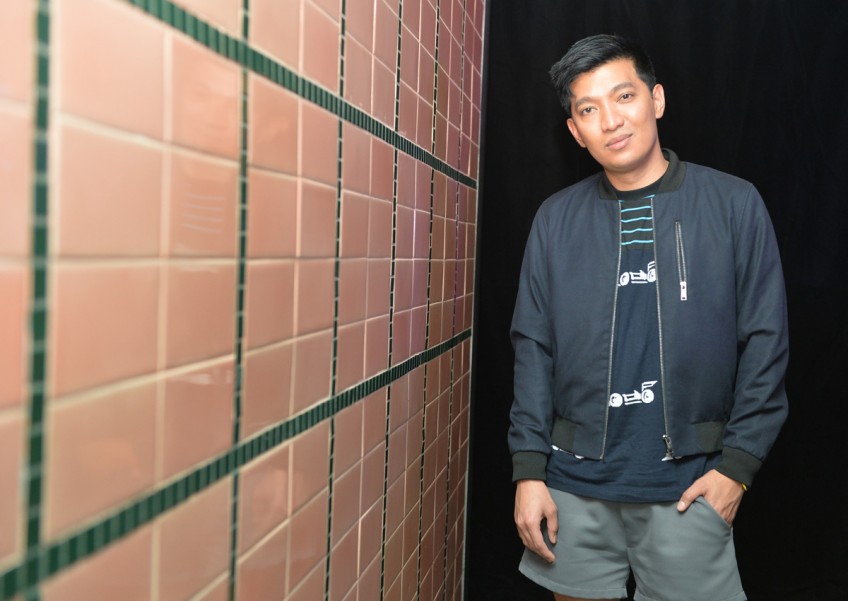 So says celebrity fashion blogger Bryan Grey Yambao, better known by his moniker Bryanboy, who has been blogging about fashion since 2004.

Not just a front-row fixture at fashion weeks, he broke into the mainstream in 2012 and 2013 as the social media correspondent-cum-judge on Cycles 19 and 20 of reality TV modelling series America's Next Top Model.

Bryanboy, 35, who has over 590,000 Instagram followers, is a trendsetter in fashion blogging.

So what does he think of the style on this island?

The New York-based Filipino, who was in town for the launch of US designer Jeremy Scott's debut collaboration with shoe brand Melissa on Wednesday, told The New Paper: "In general, I feel that Singaporeans are fashionable. They're aware of what's trendy and what's hot on the scene.

"But I think the problem here is wearing these trends or outfits to the right occasion.

"For example, I would see a lot of Asians - not just Singaporeans - who would carry their big Birkin bags to a black tie event instead of a clutch or a minaudière.

"Why would you do that? To show off that you can afford a Birkin? It doesn't work like that. It's so tasteless and vulgar.

What about the celebs on the red carpet at last Sunday's Star Awards Show 1? We couldn't resist asking Bryanboy for his verdict.

"How old is Kym? In her late 40s? And she's still wearing stripper shoes? You need to be classy with a C. These are stripper shoes and dress."

"SEE-THROUGH DRESSES WOULD LOOK GOOD IF YOU'RE REALLY, REALLY TALL AND I WOULD ASSUME SHE'S NOT SUPER TALL. SHE JUST LOOKS SO OLD AND DATED.

"If you're Beyonce, by all means, wear what you want. But for Chin, it just doesn't work. The dress is not flattering, it doesn't give her a shape.

"I'm over it already but I love the hair - very modern, very edgy."

"IT'S NOT REMARKABLE. I'M ASLEEP.

"In fairness to her, I like it when women know when not to accessorise and keep things minimal. For a lot of women, when they already have a neckline going, they slap on a necklace and earrings, packing on jewellery."

"I love it when women play around with dresses and clothes in a sense that not everything has to be short and skimpy or revealing. This is so chic and stunning."

"I FEEL LIKE ASIAN HAIR IS ALWAYS SO EDGY, I LOVE IT. AND I ACTUALLY LIKE THIS LOOK ON HER.

"Maybe she could have done a bare leg instead of the lace stockings or boots - they make everything too black, like I'm staring at a black hole.

"But overall, it's major on her. Very couture."

"She looks like a figure skater in a ball gown. It doesn't do anything for me.

"Ladies, you need to get a proper stylist. Next! I'm bored of it. Bored, bored, bored."

"Seriously, look into a mirror. You're going to an awards show and you are dressed as if you are a cruise ship piano player.

"I love the colour of the dress.

"She's one of those lucky girls who has everything: She's incredibly gorgeous and stunning, she looks very expensive, she looks like a billionaire. And her teeth are so white. Billion dollar smile on a billion dollar babe."

"This dress would look so much cuter if she didn't have the bow.

"She has so much going on on her chest, on her belly, on her neck.

"Woman, get it together! Just pick one and simplify it."

This article was first published on April 22, 2016.
Get The New Paper for more stories.