Woman racer looking for speed and hoping to inspire others 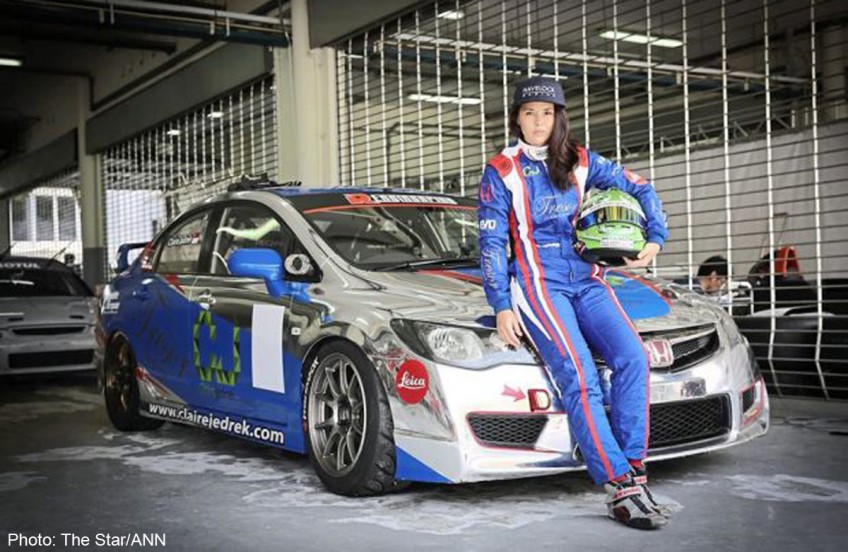 On track: Jedrek with her Honda Civic FD2 race car. She is looking forward to racing in the opening round this weekend.

SEPANG - As an anomaly in an overwhelmingly male-dominated sport, Claire Louise Jedrek isn't one to flinch when it comes to anything "fast and furious".

The 31-year-old Singaporean lass said support from fellow competitors in the region made it easier for her to settle down.

Currently driving in the Malaysia Championship Series, Jedrek said she managed to overcome the initial nervousness and was a more confident racer due to the overwhelming support from Malaysians and Singaporeans.

"On the track, it is not about gender. It's just people who want and love to race," she told reporters here yesterday as she readied herself for the support race that is part of the 2015 Formula 1 Petronas Malaysia Grand Prix.

Jedrek added that her competitors from Malaysia looked at her as a race driver, and not a female driver.

"As a woman in motorsports, I hope to serve as an inspiration and motivation to other women," she said, adding that "whatever seems to be an impossible dream in the beginning can be realised if one sets her mind to it".

Jedrek, who races for Malaysia-based R Engineering Team, said motorsports was an incredibly empowering and positive sport as racers only looked at the positives in any situation.

"Many have said that women are too emotional to be competitive, but everyone has to learn the art of leaving emotions out of the picture and focusing on the science of driving. It applies to everyone.

"If there is a woman interested in racing, just put yourself out there and don't be afraid to talk to people involved and ask questions," she said, adding that the barrier of entry into motorsports here was lower as there was already a huge community of people involved in it.

On her performance this season, she said she was now a more experienced driver who "is armed with new skills and a more powerful Honda Civic FD2".

"Last year, I was learning how to drive the car but this year, I will be looking for some speed," Jedrek added.