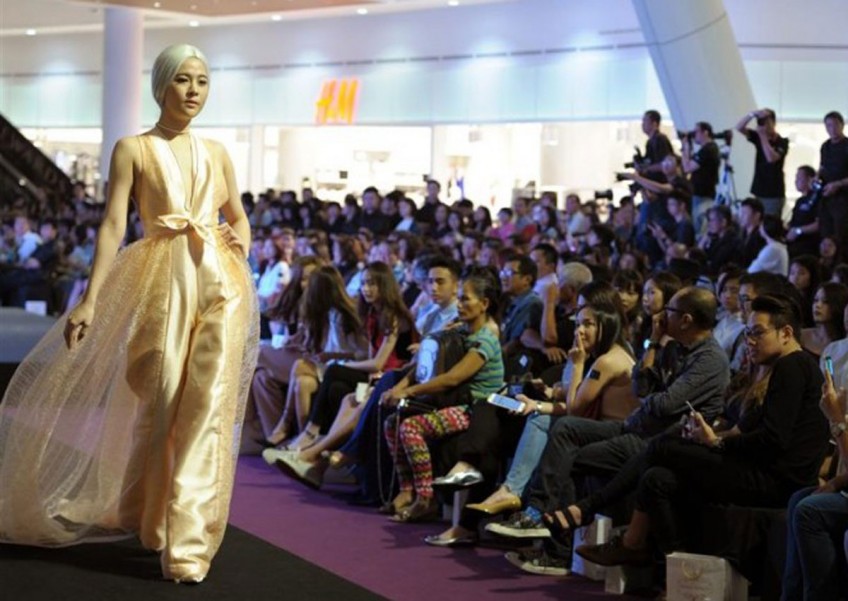 Fashion talent abounds in the Pearl of the Orient, and the recently concluded Penang Fashion Week 2016 in Gurney Paragon Mall proved a glamourous stage for some of its best to shine.

With experienced and emerging names unveiling captivating collections for the Spring and Summer seasons, there was much for shoppers and fashionistas alike to feast their eyes on, and get new ideas on dressing up.

These were paraded in a series of shows from April 16 to 24, alongside sessions featuring prominent international brands. But here, we take a look at some of the younger designers who are taking the industry by storm.

Blending elegance with luxury and sensuality, the ready-to-wear dresses of Aden Yong Couture House's Spring Summer 2016 range drew inspiration from Penang's colourful street art, and spiced it up with a touch of retro.

Themed 'Portrait of the 60s', it features sharp colours and floral prints on classic silhouettes from that time, but updated to exude contemporary finesse.

"I'm fascinated by the many murals found around George Town, and tried to honour that by giving my garments a painting-like effect.

"It is a modern interpretation of the rich and bold hues of the 1960s," added the designer who established his label in 2010.

Cotton and satin were the fabrics of choice, to evoke a paper-like feel in reference to cultural traditions of the Land of the Rising Sun. Garments were paraded by models with faces shrouded in veils, lending an air of mystique to proceedings.

"I researched Japanese motifs on the internet, and was also inspired by the experiences of a friend. I concentrated on a palette of black, blue, red, white and yellow, to keep it simple," he says of his self-named label introduced last year.

'Allure, Glamour and Elegance' characterised the exquisite new range of gowns under her Emmanuel Haute Couture label - established in 2008 - that used shimmering fabrics and intricate detailing to bring out feminine sensuality.

Chua believes the proper choice of materials are what makes garments stand out, and here, the key elements were French lace and heavy beading that she meticulous did by hand. Whites, blacks, reds and skin tones were employed to achieve a timeless and classy look.

"The theme reflects the philosophy that has been at the core of my label from the start," notes the designer whose label is now regarded as one of the country's foremost bridal wear specialists.

'Lazy Holiday', the debut collection of her new Jo Bailey label, is rooted in dreamy wanderlust. With soft tones and fabrics, it is designed for those who enjoy a carefree lifestyle and want to look stylish while they are at it.

Lim, who loves dressing up on her travels, often finds it challenging due to the practicalities and limitations of luggage. Her 'vacation wear' is the solution to that.

She also just returned from studying in Britain, where the weather was dark and moody. Thus, her street clothing and light outerwear made use of pastel colours and thin stretchable fabrics for a cheerful contrast.

"You can just wake up in the mornings, put them on, and be ready to explore a new place," she added after her first proper show.

His self-named couture line, which started in 2013, strives for sophisticated simplicity for confident women. And thanks to a passion for arts and crafts, his collections usually plays on textures, shapes or proportions.

The latest one, known as 'The Pin Up', had a retro and vintage feel. Like its name implies, it is inspired by the pin-up girl culture of the 1950s, with flared silhouettes and high waists, among the defining features.

"The trend today, is to look back to the past. Pin-up girls were popular in that era, where people would collect posters from magazines and stick them on their walls.

"This is my modern take on it. And with it being spring summer, I tried to use livelier shades of yellow, red, purple and navy blue, as well as materials like tafetta, silk, satin and tuile," he added.