Zhang Ziyi and Wang Feng got married in Hong Kong on May 10: Reports 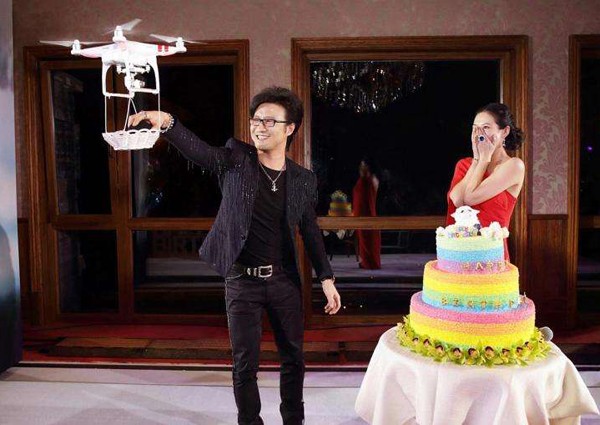 HIGH-TECH PROPOSAL: At Zhang Ziyi’s birthday party, Wang sent a drone carrying a diamond ring flying in, then proposed to her on one knee.
Handout

BEIJING - Movie star Zhang Ziyi and The Voice Of China judge Wang Feng are reported to have married in Hong Kong in May.

Chinese websites such as NetEase published what they said was the Hong Kong marriage certificate of Zhang, 36, and Wang, 45, dated May 10.

Apple Daily, quoting a weekly, said the couple registered their marriage with their families in attendance. Because Zhang has become pregnant unexpectedly, she and Wang plan to hold the wedding banquet after the baby's birth, said the report.

Zhang, with a visible baby bump, has been sighted in Los Angeles, said NetEase. The baby should be due early next year, added the report.

It is her first marriage and Wang's third. He has two daughters from previous relationships.

He proposed to Zhang at her birthday party in February. In March, they filed a notice of intended marriage, and rumours went round that they would get hitched on his birthday in June.