'Work from home data entry jobs'? Here's what it's really about 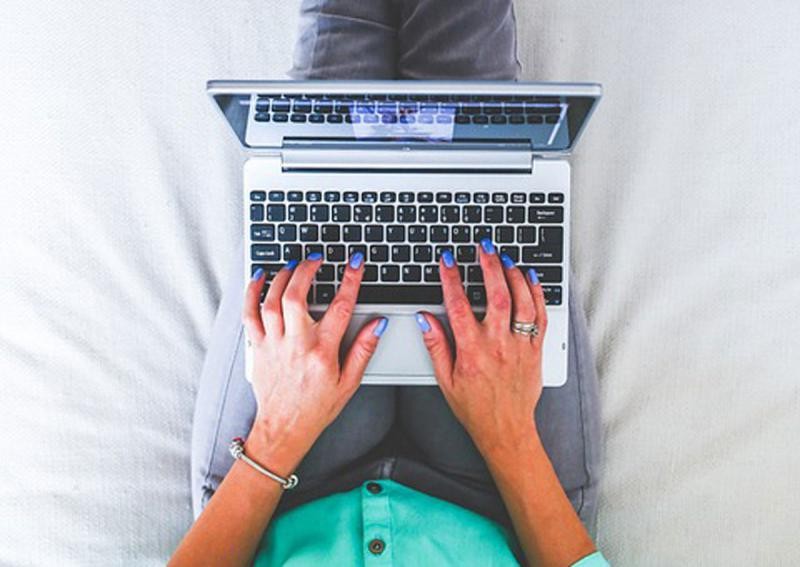 Everyone has encountered a time in their life where they come across a post asking for people to join a certain part-time job or business and they would be paid a certain amount of money.

After all, sharing is caring, right? The only catch is that it sometimes seems a little too good to be true.

From young, we've been told to never speak to strangers, and it is something we might have lost along the way of growing up where we let our guard down.

On Facebook there are many such groups where people can post available part-time jobs for hungry job seekers who are looking to earn some extra cash. Some familiar sounding ones would be "Promoters Wanted", "Clerk/Admin Jobs Available", "Brand Ambassadors Needed", and of course the very predictable "Work From Home Data Entry Job".

Some of these jobs may be legit, but the cynic in me gets suspicious when these job vacancy postings throw in phrases like "super simple job", "work from anywhere with flexible hours", "no experience needed", and "earn RM500 (S$172) -RM1000 weekly".

These phrases are then accompanied by one too many exclamation marks. Add in a photo of multiple wads of cash and alarm bells start ringing incessantly.

So what do these jobs entail? One Ross Stephenson wondered the same and had the courage and inquisitive nature within him to sniff out the story behind those job ads.

He recently posted up a status update detailing his experience. In the post, he relayed, "I've always wondered how all these FB posts that talk about "earning money from home" or "data entry" etc. stuff function. I always feel like it's a scam to get money out of people, yet they still flourish so much online. So I decided to give it a go."

Too Good To Be True

Ross had noticed a post on Facebook along the lines of performing data entry from home and they would earn RM30 for every email which is processed. When Ross emailed the person to prompt for further information, he noticed that the reply which came from the person looked like a CTRL C+V standard answer and upon further inquiry, the person replied with, "We only have an online system to facilitate the job.

Everything is performed via email, including recruitment, training and payment. Attached herewith the proof of payment." He also had a pretty legit-looking bank statement attached to the email.

The person then asked Ross to pay RM60 before other instructions about the job was sent over to him.

The "job" turned out to be a Ponzi scheme-like scam whereby RM60 was requested of Ross, and the money was split evenly between the receiver and his or her partner. The process was ongoing whereby now if Ross wanted to earn back his money, he would have to request RM60 from someone else and split it evenly between himself and the person who "recruited" him.

Summary And Implications Of This "Data Entry" Job

A Ponzi scheme functions on the basis that income is generated for older investors as long as there are constantly new investors being acquired into the system.

Earlier investors will keep reaping the profits because benefits are being gathered and distributed. To be clear, there is no product or service involved, just the constant exchange of money. As Ross puts it, "There's no company involved. There's no real 'business'. There's just this 'concept' that Person A came up with and people are paying towards, technically, 'nothing'."

As such, Ross felt that it was wrong to partake in this scheme and although it's at the expense of his RM60 "investment", he wasn't compelled to recruit others.

"I've basically paid RM60, and I can never make it back, unless I make someone else pay RM60 when I make a post on FB to get people to 'sign-up' for a non-existent data entry business," he said. He further elaborated with, "I cannot for the life of me, construct a sound logical argument against someone doing a business like this. And if anything, that really frustrates me."

Digging Around For Truth

Following Ross' insightful Facebook sharing, a Facebook friend of his commented that he did not lose the RM60 blankly, for he allowed other users to discover the mechanics behind such a programme. In order to find out more about how posters go about convincing people to be recruited, we decided to test it out ourselves as well.

Our managing editor, Sarah found a job post on a Facebook group and proceeded to message the job poster. She tried to get more information about the job before having to pay the entry fee but the job poster deflected her questions and said that information will be sent to her only after payment is done.

I too messaged another job poster and the information I received was also similar, which goes to show that there is a whole network of people doing this job and they follow the same modus operandi.

The job responsibilities included posting job vacancy ads on certain websites. For every successful advertising data that is processed, we would receive RM30 and the average income per week is RM2000-RM4000, and this is shown by the effort that we put into the regularity of our postings.

With this, no experience is necessary and our working time and location is flexible. "The more you process, the more income you get, it is as simple as that. You will be paid weekly by way of bank transfer into a local bank account of your choice," we were told.

Is there such a thing as "easy money"? Sure, if you don't mind doing it the sketchy way. For someone who has no qualms with posting those ads and recruiting others to join the scheme, and if that someone were to do this for an hour or two everyday, then one would be able to earn a few hundred bucks with not much effort.

However you'd be doing this at the cost of your conscience-you'll be duping others to lose RM60 for a job whose credibility and legitimacy is questionable.

"Times are hard" is something we would hear folks tell us nowadays and it doesn't need to be harder by succumbing to something which just sounds too good to be true.

This scheme involves RM60 probably because it is directed more towards students and young working adults, but there are other bigger schemes that require an entry fee that is in the hundreds, or even thousands. Those schemes may not be as straightforward as this one, sometimes it may involve products or certain services.

Therefore as a rule of thumb, when it comes to anything pertaining to money, it pays to be wary and to apply your own gut instincts.