Working to get more companies involved in student training 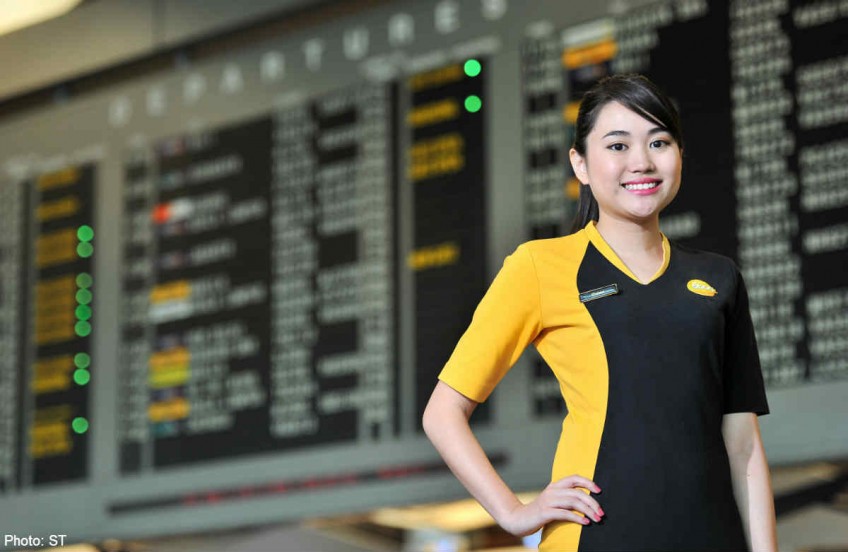 Temasek Polytechnic student Chelsea Castro worked as a Scoot flight attendant during her six-month internship. Singapore is relooking its vocational education through a national review.

Despite having one of the world's lowest youth unemployment rate at 6.7 per cent, Singapore is taking a pre-emptive approach and relooking its vocational education for polytechnic and Institute of Technical Education (ITE) students through a national review. Recommendations will be released later this year.

Germany and Switzerland, along with Australia and New Zealand, were countries that the Applied Study in Polytechnics and ITE Review (Aspire) committee visited earlier this year.

Senior Minister of State for Law and Education Indranee Rajah, who chairs the committee, had earlier raised the possibility of longer internships and more structured work stints with employers being more involved in students' training.

Polytechnic and ITE students now complete work attachments that range from one to six months during their course of study.

Unlike in Germany and Switzerland, where firms see it as natural and integral to train and educate the young, the duty of passing on work skills to students here is left mostly to educational institutions.

Small and medium-sized enterprises - which make up 99 per cent of enterprises here - are also less receptive to student- apprentices as they grapple with resource constraints and may not be as well equipped to train young people.

Many, including Forum letter writers who have written to The Straits Times, have called for the Government to offer firms incentives to take on apprentices.

Part of the problem, school officials say, may stem from the widely held view in Singapore that young people should stay in school and then get a job later.

Most students are more used to the "classroom-studying mode" as opposed to the apprenticeship model, where learning is more hands-on.

A traineeship scheme run by the ITE, for instance, has dipped in popularity, with about 600 students in its annual intake, down from 1,000 trainees annually about five to six years ago.

There is also an entrenched stigma attached to technical skills and workers amid rising aspirations of young Singaporeans for a university degree, often seen as the only and easiest pathway to success.

But as Singapore grows its pool of university graduates, it is just as important that education equips young people with the right skills to match the economy's needs.