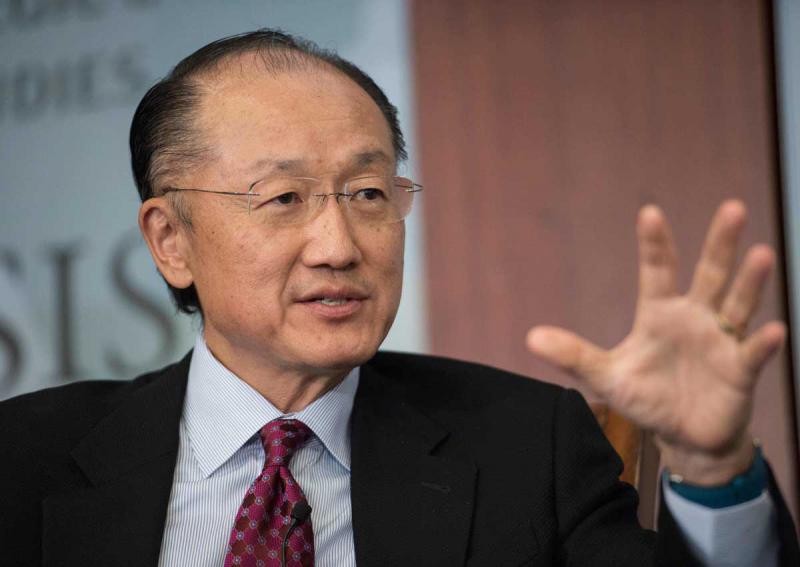 The Bank said that the global economy should grow at just 2.4 per cent this year, the same lethargic pace of 2015 and much slower than the 2.9 per cent it predicted in January.

It said that the slow growth in advanced economies is holding back developed countries, with world trade and investment both depressed, and called for Prospects for a pickup "remain muted," the Bank said, in a report especially downbeat for countries dependent on commodity exports like oil.

It said risks to growth have risen since the beginning of the year, particularly the high level of borrowing by companies in developing countries, which has left them vulnerable to credit crises as growth stagnates.

It also includes the rise in doubts that the aggressive monetary easing in developed countries, with negative interest rates in several, is doing the intended job of firing up economic activity.

"This sluggish growth underscores why it's critically important for countries to pursue policies that will boost economic growth and improve the lives of those living in extreme poverty."

The report comes as the main developed country drivers of global growth - Japan, Europe and the United States - struggle for traction.

A sharp deceleration of the US economy since the beginning of the year is not helping carry the rest of the world, and the World Bank has cut its expectations for the world's largest economy by 0.8 percentage point to 1.9 per cent in 2016.

The Euro area will achieve only 1.6 per cent growth, and Japan, fighting off deflationary pressures, will manage just 0.5 per cent.

In all three, the bank said, investment remains soft amid doubts about the efficacy of policies, particularly those of central banks holding interest rates at extraordinarily low levels.

China, the other major wheel of growth, will manage to hold onto a 6.7 per cent pace, but the Bank sees it slowing further to 6.3 per cent by 2018.

India too is holding onto a good pace, helped by the cheap prices of key commodities it imports, including oil.

But other large emerging economies like Brazil and Russia remain locked in recession, and Nigeria and South Africa are expanding very slowly.