The world needs another Tu Youyou 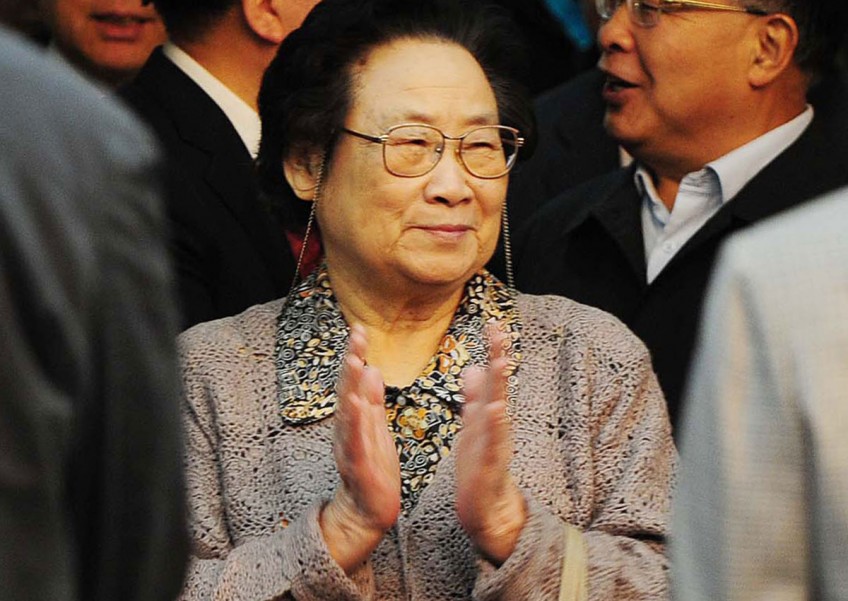 Chinese scientist Tu Youyou is one of the recipients of the 2015 Nobel Prize in Physiology or Medicine for her discovery of a novel therapy against malaria.

Her discovery of artemisinin, the most powerful anti-malarial medicine available, is widely regarded as a major breakthrough that contributed to significantly reducing the spread of a devastating communicable disease.

Malaria has plagued humankind for as long as we know. Scientific studies on malaria probably began about a century ago, when Scottish physician Ronald Ross proved that mosquitoes were the vector for malaria transmission. For this work, Ross received the 1902 Nobel Prize in Physiology or Medicine.

French doctor Charles Laveran later found parasitic protozoa known as Plasmodium inside the red blood cells of malaria-infected patients, and showed for the first time that a parasite could underlie a disease. He was awarded the 1907 Nobel Prize.

Malaria causes fever and, in severe cases, brain damage and death. There were 198 million cases of malaria worldwide in 2013, according to the World Health Organisation. This resulted in an estimated over half a million deaths.

The first available remedy for malaria was discovered in South America. It was the bark of the cinchona tree, which contains the active ingredient quinine. The next effective drug was chloroquine. Unfortunately, the tremendous success of these two drugs and their overuse through the decades eventually led to drug resistance. This has been identified as a key factor in the resurgence of the disease and is one of the greatest challenges facing malaria control today.

Born in China in the late 1930s, Dr Tu received her training at the School of Pharmacy, Beijing Medical College. After joining the Institute of Materia Medica, she attended a 21/2-year full-time training course on traditional Chinese medicine (TCM).

In an interview after her first international award, the prestigious Lasker Award in 2011, she said: "This systemic training really equipped me with a unique, integrated and philosophic knowledge encapsulating the modern pharmaceutical sciences and TCM."

During the Vietnam War, the Chinese government supported Vietnam, then at war with the United States. As fighting escalated, the number of soldiers downed by malaria surpassed those downed by enemy bullets. The Vietnamese government approached the Chinese for help. A clandestine venture named Project 523 for the day it was established - May 23, 1967 - was set up to develop antimalarial therapies.

Dr Tu became the head of a malaria research group at the Beijing Academy of Traditional Chinese Medicine in 1969. The group was composed of historians, chemists, parasite experts and TCM researchers. Dr Tu, a phytochemist (a scientist who studies plant chemistry), studied the chemical compounds that occur naturally in plants while pharmacological researchers focused on the science of drugs.

Dr Tu and her team pored over countless ancient texts and folk cures for possible remedies. They began with a list of over 2,000 Chinese herbal preparations, of which 640 were found to have possible anti-malarial activities. One of the most promising of the candidates was qinghao (Artemisia annua L., or sweet wormwood).

Two years into Project 523, Dr Tu's team narrowed down their list to 380 extracts from 200 different herb preparations, which they then assessed to see whether they could clear the parasite development in infected mice.

This was very tedious. The researchers faced one failure after another and, after getting inconsistent results from her experiments, Dr Tu revisited the literature.

A sentence in a Chinese medical archive caught her attention. It was in a 1,600-year-old text, Handbook Of Prescriptions For Emergencies by the physician Ge Hong (284-363), and translated as: "Qinghao, one bunch, soak it in two litres of water, wring it out, take the juice and ingest it in its entirety."

As a phytochemist, this offered Dr Tu a change in strategy from the conventional Chinese medicine preparation method of prolonged cooking, which could have destroyed the active components.

Dr Tu redesigned the extraction process using solvents with a low boiling point. In late October 1971, she finally obtained an extract that was found to be 100 per cent effective against the malaria parasite in both infected mice and monkeys.

During the Chinese Cultural Revolution, there were no facilities for performing new drug trials, so Dr Tu and her colleagues became the first group of volunteers who took the new extract themselves to prove it was safe. Only then was the effectiveness of the extract verified on malaria patients.

The next step was to isolate the active ingredients. They eventually succeeded in identifying a pure colourless crystalline substance, referred to as artemisinin. Later, Dr Tu started to synthesise dihydroartemisinin, and subsequently found qinghao is the general name of a category of herbs in TCM, but there are six types of herbs within this category, and each contains different chemical components.

She also discovered that only fresh leaves contain artemisinin, something that was not stipulated in the original handbook.

Dr Tu's achievement is a triumph of the marriage between modern chemistry techniques and traditional Chinese medicine.

There may be other bioactive compounds like artemisinin found in the thousands of TCM herbal remedies, but they will be identified and validated only by rigorous science of the sort applied by Dr Tu nearly five decades ago. She and her team systematically screened more than 2,000 compounds, only a third of which showed any promise. In the end, only one became a useful drug.

Recently, research has been carried out into the therapeutic potential of artemisinin and its derivatives in other areas.

Several international teams have demonstrated the anti-cancer potential of these compounds against hepatocellular carcinoma, a common cancer in the Asian region.

In addition, a team led by Professor Fred Wong of the National University of Singapore, together with Professor Steven Tannenbaum of the Massachusetts Institute of Technology in the United States, has recently reported that artesunate, a derivative of artemisinin, was able to suppress airway inflammation and produce an array of anti-inflammatory effects similar to those caused by dexamethasone, the most potent steroid currently available, and with fewer side effects. These findings have opened windows for applications beyond malaria control.

Realistically, complete eradication of a vector-transmitted disease like malaria is rather remote.

The quest for new and more effective therapeutics is pressing.

Anti-malarial drug resistance is still one of the greatest public health challenges in malaria control. On top of that, climate change causes the spread of malaria to non-traditional infected areas, while re-emergence of malaria in areas where the disease had been eradicated is an additional global challenge.

While the Nobel committee has honoured Dr Tu's achievements, the world is desperate for another artemisinin, and the next Tu Youyou.

It is perhaps noteworthy that Dr Tu is the first Chinese woman to win a Nobel Prize, and she is referred to as a "three noes" winner in her home country: She has no higher degree, has never worked overseas and is not an academician of the prestigious Chinese Academy of Sciences. In spite of her humble background, Dr Tu's three Ps - passion, perseverance and persistence - make her a giant in the history of public health sciences.

Her work ethic will hopefully inspire future generations of researchers.

Professor Ong Choon Nam, 67, is director of the National University of Singapore Environmental Research Institute and a professor at the Saw Swee Hock School of Public Health at NUS.

His research interest is in environmental health sciences, and he has published more than 300 papers in international peer-reviewed journals.

He chaired the International Expert Panel which advised the Ministry of the Environment and Water Resources on Newater, and has been a member of the World Health Organisation Guidelines for Drinking-Water Quality Expert Panel since 2003. He also served as an adviser to the Organisation for Economic Cooperation and Development and United States National Water Research Institute, and has been consulted often by overseas agencies on issues related to environmental health, water and toxicology.

Mr Ng Qin Xiang, 22, is a graduate of the Anglo-Chinese School (Independent) International Baccalaureate Diploma Programme, and is currently a fourth-year medical student at the NUS Yong Loo Lin School of Medicine.

He has a keen interest in science and research, and has received numerous national and international awards. These include First Prize in the King Abdullah University of Science and Technology International Undergraduate Research Competition 2015, the Alltech Young Scientist Award 2015 and the NUS Outstanding Undergraduate Researcher Prize 2013/2014.