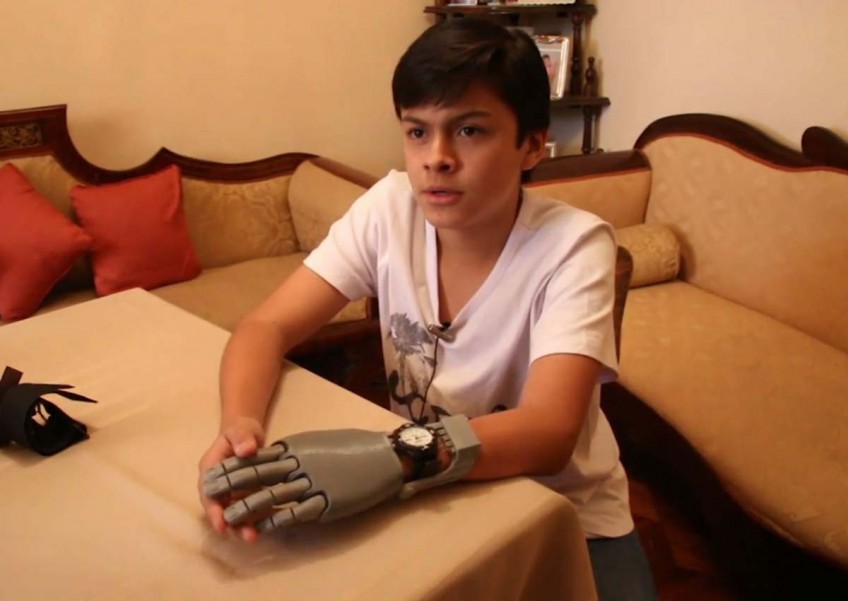 Bolivian teen Leonardo Viscarra, who grew up without his left hand, has designed and built his own prosthesis using a 3D printer, presenting his remarkable project from the city of Cochabamba, Saturday.

Leonardo, who is 14-year-old, was diagnosed with amniotic band syndrome, a birth defect by which a baby may be born with stunted fingers, toes, or limbs. His new hand, which he printed at school, is made of thermoplastic works with nylon threads that collect movements from his wrist and transmits them to the prosthetic fingers.

A 3D printing programme called Thingiverse helped the young inventor with the design, while he assigned the model measurements and stylistics.

Leonardo said: "I was inspired and I asked my robotics teachers for help so we could print the prosthesis. They helped me by giving me the possibility to use the 3D printer to print it."

Leonardo explained that his hand cost less than US$100 (S$139), while its bionic analogues are sold by major prosthetic manufacturers for around US$15,000.

"One of my dreams is to have a 3D printer of my own... I want to also help more people. I want that children and adults who had gone through this trauma to have the possibility of having an affordable prosthesis," he said.