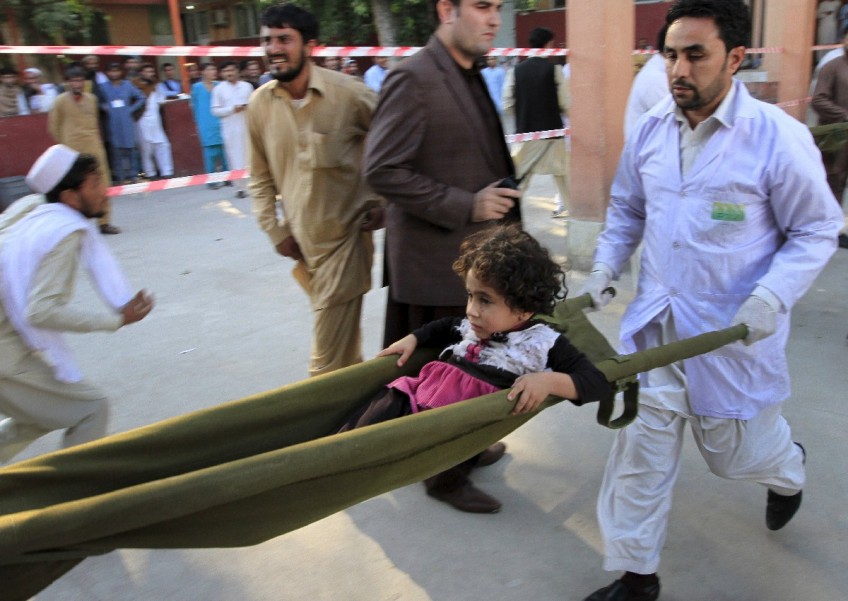 Rescue workers carry a girl who was injured after an earthquake, at a hospital in Jalalabad, Afghanistan, October 26, 2015.
Reuters

KABUL - At least 18 people, including 12 schoolgirls, were killed after a powerful earthquake jolted northeastern Afghanistan on Monday, officials said, warning that the toll was expected to rise.

The girls were killed when a stampede broke out in their school in Taluqan city, the capital of the remote province of Takhar.

"Some people are trapped under debris in some districts of Nangarhar province," Yousufzai said.

"This is the not the final toll - it is expected to keep rising." A powerful 7.5 magnitude quake struck Afghanistan's Hindu Kush region and was felt throughout much of South Asia, killing scores of people, with fears the death toll could rise substantially.

The US Geological Survey put the epicentre near Jurm in Badakhshan province, neighbouring Takhar, at a depth of 213.5 kilometres.

Thousands of frightened people rushed into the streets across Afghanistan, Pakistan and India as the quake rocked a swathe of the subcontinent.