29 easy ways to save costs while holidaying in Europe 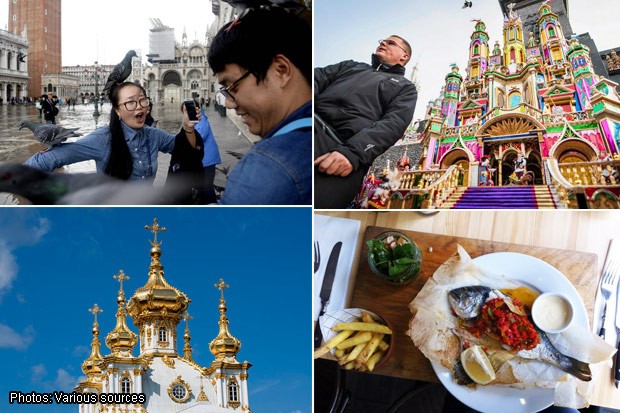 Europe - land of castles, art, history and culture - is considered an expensive holiday destination by many.

Their beliefs are not unfounded as Oslo and Zurich bagged first and second spots respectively in a list of most expensive holiday destinations released by News.com.au in Jan 2014.

If Europe has always been your dream vacation destination but you don't have a big budget - don't fret - there are many ways to save and cut costs, and still have a great time.

According to Brooke Saward of travel site World of Wanderlust, she listed an amazing 29 ways to do so.

Having travelled to 21 of the 28 countries in the European Union, Saward is confident that her experience can help fellow travellers fulfil their wanderlust, and doing so without selling their valuables or returning home to an empty bank account.

Did you know? It is better to purchase two one-way tickets instead of planning your trip in a loop so you can fly in and out from one destination.

According to Saward, she refuted the idea that buying a return ticket is a better way to save. She said times are changing and she advised travellers to plan their itinerary in an East to West (or vice versa) manner.

Another easy way to cut costs is simply to avoid countries using euros. Pick cities which are still using their own currencies such as Hungary, Czech Republic and Poland.

This is definitely a point to note from my personal experience.

Last year, I visited Austria and Czech Republic. A meal in a casual eatery in Vienna costs at least 10 euros and above, while at the Czech counterpart, a meal there costs around half the price (with a serving size for two).

Other than providing ways to save when you are travelling, Saward also shared pre-trip tips.

Firstly, ask yourself what this trip about. She said having a centralised goal will make planning the itinerary easier.

Secondly, she added that it is best to familiarise yourself with the different budget airlines available, and keep a look out for deals for train travel. Also, it is also a good idea to check out online forums and see if anyone is offering car pool or housing services.

By doing so, you are communicating directly with the owner and cutting out middleman costs.