A six-year-old girl in Michigan was rescued by the police after she posted photos of her dead father and unconscious stepmother on Facebook.

The girl's grandparent, upon seeing the photos uploaded by her granddaughter, immediately called the police, as reported by the Detroit Free Press on Friday (Jan 4).

The girl was immediately rescued and sent to her biological mother following the call on Thursday (Jan 3).

Police investigation revealed the girl's dad and stepmom both overdosed from illegal drugs that are yet to be identified. Her father was found dead, while her unconscious mother was taken to the hospital where she is currently recuperating. 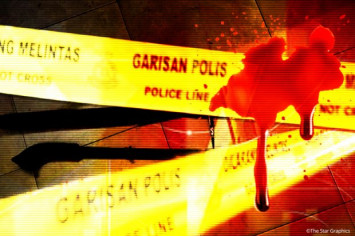 Mount Morris Township police, after receiving the grandparent's call, went to the house of the girl's father, the report said. The officers heard the girl screaming; apparently, a pit bull was chewing on the face of the girl's dead father.

They found her dad's body as well as her unconscious stepmother. The authorities also found out that the girl did not have anything to eat for more than 24 hours.

The girl told the police she tried to wake her parents up to no avail, the report stated. She then tried splashing water on their faces but it did not work as well. It was then that she decided to post a photo of the two to ask for help, earning her a "resourceful and bright" tag from the authorities.

"This six-year-old went through a traumatic event - and she saved a life."