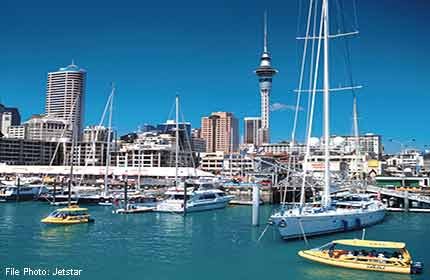 WELLINGTON - A magnitude 6.0 earthquake hit off New Zealand on Monday, but seismologists said it was unlikely to result in damage in the remote area.

The US Geological Survey said the tremor in the Kermadec Islands region north of New Zealand, which struck at about 0416 GMT, was estimated to be at a depth of 325 kilometres (200 miles) and about 112 kilometres from the nearest populated area at L'Esperance Rock.

Geoscience Australia said the quake, which was about 866 kilometres from the New Zealand city of Auckland, was common in the region and unlikely to cause damage.

"It's quite normal to have this size quake there," duty seismologist Hugh Glanville said.