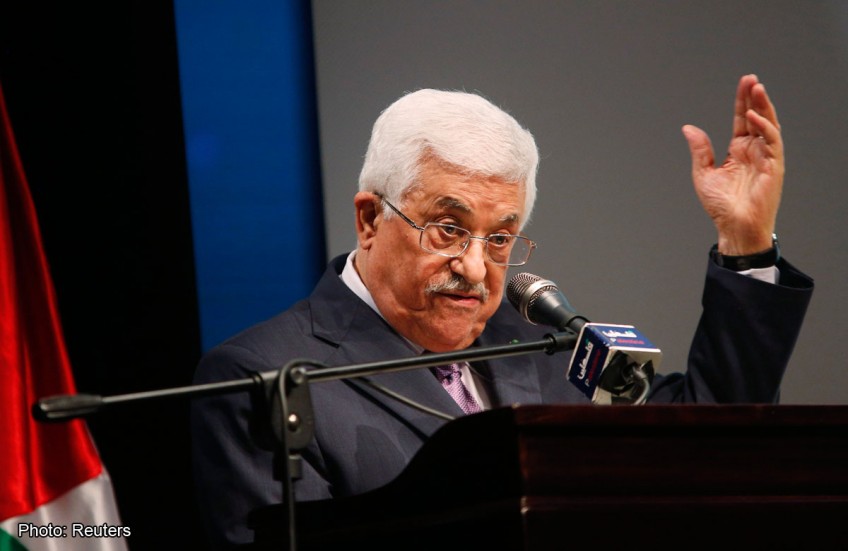 PARIS - Palestinian president Mahmud Abbas warned Tuesday of the "risk of an intifada" if clashes over the Al-Aqsa mosque compound continue, after a meeting with French leader Francois Hollande in Paris.

"What is happening is very dangerous," Abbas said, calling on Israeli Prime Minister Benjamin Netanyahu to "stop" the chaos at the flashpoint holy site.

Abbas warned against "an intifada (uprising) which we don't want".

Tensions are high after days of clashes at the Al-Aqsa mosque site during the Jewish new year last week.

The mosque, located at the site of what Jews venerate as the sacred Temple Mount, the holiest site in Judaism, is in east Jerusalem, captured by Israel in the 1967 Six Day War.

Al-Aqsa is also the third holiest site in Islam and is believed to be where the Prophet Mohammed made his night journey to heaven.

Muslims have been alarmed by an increase in visits by Jews to the site and fear rules governing the compound will be changed. Jews are allowed to visit but not to pray, to avoid provoking tensions.

Netanyahu has said repeatedly he is committed to the status quo at the site.

Israeli authorities fear further trouble ahead when the Muslim feast of Eid al-Adha coincides on Wednesday with the solemn Jewish fast of Yom Kippur.

Hollande called for "peace, calm and the respect of principles." "I expressed our attachment to the status quo over the mosque compound," he said after the talks with Abbas.

Abbas' visit to France comes shortly before the United Nations General Assembly in New York where he will oversee the raising of the Palestinian flag at the UN.

On the same day as the flag-raising, UN Secretary-General Ban Ki-moon will host a meeting of the Middle East Quartet seeking a diplomatic solution to the Israeli-Palestinian conflict.

The peace process slipped into a deep coma after a failed US diplomatic effort in April last year.

The foreign ministers of Egypt, Jordan and Saudi Arabia, along with the secretary general of the Arab League, will attend in a bid to broaden the search for a way back to the negotiating table.