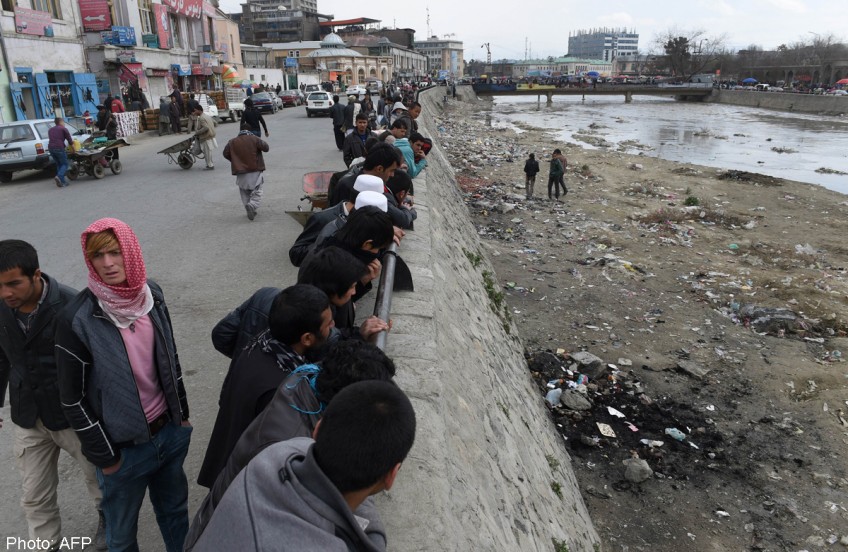 Afghan residents look at the site where an Afghan woman was beaten to death and her body set alight by a mob, in Kabul on March 20, 2015.

Hundreds of people on Sunday attended the burial of an Afghan woman who was beaten to death and set on fire by a mob for allegedly burning a copy of the Quran.

The body of Farkhunda, 27, who was lynched on Thursday by an angry mob in central Kabul, was carried to the graveyard by women amid crowds of men, an AFP reporter said, a rare act of protest in a male-dominated society.

"All those involved and all those who supported her killing should be brought to justice." Farkhunda's father told the media that his daughter had a diploma in Islamic studies and could recite the Quran by heart. He insisted she was not involved in burning the Muslim holy book.

The lynching sparked widespread condemnation at home and worldwide. President Ashraf Ghani condemned the killing as "heinous" and ordered a commission to investigate the incident. The United Nations also condemned the lynching and said Farkhunda had "suffered mental illness for many years".

Police said they have arrested eleven people in connection with the incident. In 2012 the revelation that copies of the Quran had been burnt at the US-run Bagram prison sparked five days of violent anti-US riots and attacks across the country, in which 30 people died.