After Manchester bombing, one mum pens an inspiring letter to her baby

As mothers mourned the heart-wrenching loss of their kids in the Manchester Arena bombing, many other mothers were gripped by fear for their children's safety as the terror threat continues to remain a possibility.

But not one mum, who took to the keyboard to pen an inspiring letter to her baby urging him to "Go out.... and do EVERYTHING" when he grows up.

Writing on her Mummy Mumbles Facebook page, the woman tells her son to toss aside safety concerns as "it makes me so sick to think I cannot protect you from the barbaric individuals who do things like this".

"Go to that party at the club, go to school and university, go travelling and get on that plane, ride on the underground and go to that sports match, go on that holiday and see those sights, go to that shopping centre, go to that concert, go see that movie, go eat at that restaurant..."

Her letter was also dedicated to the future generation, the victims of the horrific blast which killed 22, including children, and their grieving families.

Many children and teenagers were among the spectators that packed the concert hall for American teen idol Ariana Grande's performance when a suicide bomber detonated his deadly device.

I cannot begin to tell you how sick I feel waking up to feed my son, only to read about the attack on a kids concert in...

After Mummy Mumbles wrote about how she felt like throwing up after waking up on May 23 morning to the shocking revelation that 19 had perished in the bombing, she received more than 470 responses and 41 shares for that post.

But it was her post of her frank and dignified letter to her child in the late afternoon of the same day that has really struck a chord with many mothers.

She penned: "I will not always be there to protect you from the cowards in this world who prey (sic) on the innocent and defenceless, but I will teach you to find reassurance in the courage, hope and bravery you see....We will teach you, our children, not to be afraid and to live harder, happier and stronger than any of us ever did."

Perhaps, the other mums feel her advice was more practical and sensible. 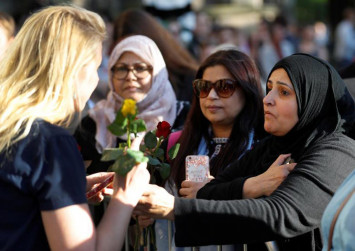