AirAsia to sell tickets of non-competing carriers on website?

AirAsia was the first carrier in Southeast Asia to deploy wide-scale self check-in kiosks. This photo was taken on January 10, 2015, at the low-cost carrier terminal in Kuala Lumpur’s international airport.

AirAsia, whose website is used by 65 million customers every month, is considering a plan to sell tickets of non-competing carriers on airasia.com, using its size to give online travel agents a run for their money.

The Kuala Lumpur-based carrier, Southeast Asia's largest airline group, which already sells car rentals, accommodation at half a million hotels and serviced apartments worldwide and holiday packages in five regional destinations, thinks it can do a better job of selling these services than the travel industry because of the volume of data available from frequent travellers on its network.

"I have a phenomenally strong platform that I [can] open for business to sell other content," Tony Fernandes, AirAsia's founder and chief executive, said in an interview with the South China Morning Post during Credit Suisse's Asia Investment Conference in Hong Kong. "We can be as strong as any online travel agent in terms of selling hotel content. I think we can be stronger than Klook at selling activities."

Data is at the heart of the low-cost carrier's ambitions to grab a bigger share of tourism revenue, which is projected to rise by 53 per cent to US$625 billion (S$847 billion) in Asia in the next five years, according to the Pacific Asia Travel Association (PATA). Airasia.com boasts 65 million unique monthly visitors, as well as data of 50 million repeat customers. Klook, an online tour agency and activities organiser founded in Hong Kong in 2014, had 16 million monthly visits last summer. 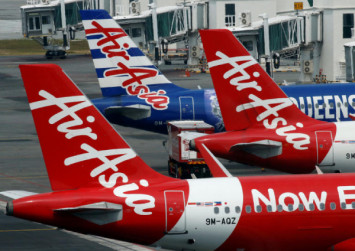 The airline, which prefers to be seen and heard as part of a wider travel technology group, is leveraging data to know its customers better and keep them spending in its ecosystem. Fernandes pointed out that the first thing people did when they wanted to travel was to buy an airline ticket, not a hotel. AirAsia.com generated US$4 billion in ticket sales last year for the budget carrier.

"We are going to see the customer first, so we are going to take a large share of the wallet and we're going to be good at it," he said. "The first step would be to be as good as anyone selling hotels, selling activities. And then we may start selling [tickets of] airlines who don't compete with us." We can be as strong as any online travel agent, when it comes to selling hotel content, says Tony Fernandes.  Photo: South China Morning Post

The plan may have easyJet or Ryanair selling their European flights to an Asian traveller planning a trip to the continent, he said, adding that AirAsia was currently not engaged in any active discussions with other airlines.

"He is thinking more about a lifestyle, digital platform than a traditional airline," said Mohshin Aziz, an analyst at Malaysian lender Maybank in Kuala Lumpur.

AirAsia has enough user data to "formulate or create an algorithm to predict the buying pattern" of travellers, Mohshin said. "So many airlines are backwards - they don't have a well-functioning distribution system. So [AirAsia] can easily become the one that is willing to share for some money and intelligence." ​​​​​​​The scope and potential for AirAsia to sell foreign airline tickets was substantial, Mohshin said, particularly for carriers that operate services in Southeast Asia as non-stop flights to Europe or Australia, and did not have the same success in sales as a local airline would.

Airlines such as KLM, which operates a connecting flight from Kuala Lumpur to Jakarta, or Ethiopian Airlines' service to Singapore, could also benefit from AirAsia's data and sales power.

"For foreign carriers to try and get Singaporean customers, they are not going to put much effort into it. It is better for them to pass it on to AirAsia, to try and sell tickets on their behalf," Mohshin said.

"If AirAsia puts its energy into this, it will be successful," she said. "It is a torch-bearer of great value, convenience, ease of use. It has a strong customer base. Add personalisation through data mining, AI, machine learning, ease of payment [BigPay e-wallet and credit card] and ease of earning and burning points for customers, the stickiness of airasia.com will increase rapidly."