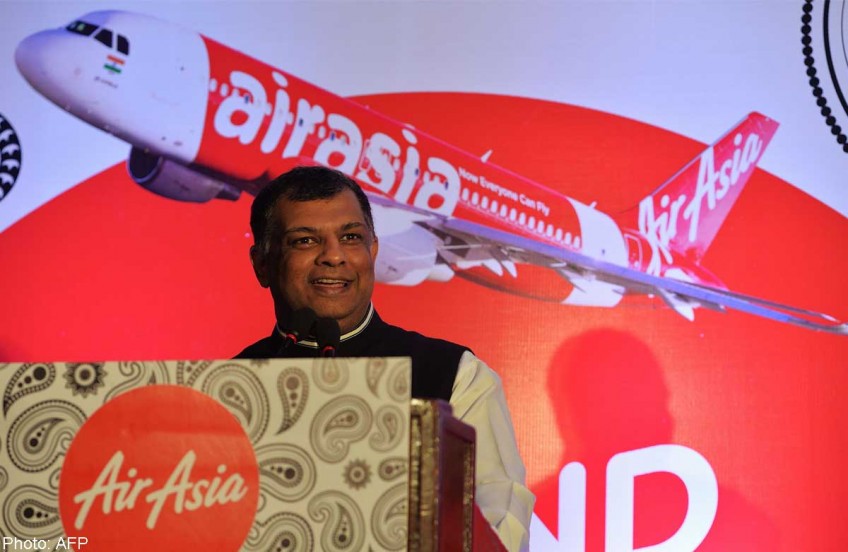 LONDON - AirAsia has been named the "World's Best Low-Cost Airline" at the 2014 World Airline Awards, bringing the tally to six consecutive wins of the coveted award by the airline.

AirAsia also won "Asia's Best Low Cost Airline" award for the sixth consecutive year. The Skytrax World Airline Awards is the global benchmark of airline excellence and one of the most prestigious accolades for the airline industry. This annual global survey is conducted over a 10-month period, covering over 245 airlines from the largest international airlines to smaller domestic carriers.

A total of 18.9 million customer surveys were completed, measuring standards across 41 key performance indicators of an airline's front-line product and services.

AirAsia Group chief executive Tan Sri Tony Fernandes (pic) in a statement said: "It all started with a dream 12 years ago. From two aging aircraft and just six routes back in 2002, we have grown to operate a proud fleet of over 160 aircraft, 95 destinations and carried over 250 million guests. It is a great honour to be acknowledged as the World's Best Low-Cost Airline for six consecutive years and for that, I thank our guests, whose valuable criticisms and feedback made us an outstanding airline today and my incredible team of Allstars who work hard every day to deliver only the best.

"In aviation, the one thing that remains constant is change and innovation. However, such strategies are only successful if they are supported by partners such as airport authorities. We invite them to work as a team and help us to continue to be the world's best."

"This year, we are proud to announce a comeback in the low cost carrier market in Japan, with new partners and investors. We shall re-emerge with a greater strategy and business plan in our quest to revolutionise Japan's low-cost carrier segment.

"We are also ecstatic with the grand launch of AirAsia India, our latest affiliate committed to innovatively tap into India's underserved aviation market and becoming the obvious choice for low-cost travel in India, via lowest fares and unparalleled service and product options."