The 57-year-old retired tech billionaire on July 2 travelled to Wageningen University & Research (WUR), a public university in the Netherlands known for its agricultural studies, and visited a hi-tech greenhouse on campus as well as the Netherlands Plant Eco-phenotyping Centre, according to a statement on the university's website.

Ma, who created a foundation under his namesake to pursue philanthropic activities, wanted to gain insights into sustainable livestock farming and fisheries, to "fully devote his time and efforts to agriculture and food sustainability, including in the Gobi desert", WUR said.

The university also said that Ma expressed interest in making agriculture more attractive to young talent, and wished to make another visit in the future to explore opportunities for collaboration.

Alibaba, which owns the South China Morning Post , did not immediately respond to a request for comment.

Ma, formerly one of the most outspoken Chinese entrepreneurs, has kept a low profile since a controversial speech in Shanghai in October 2020, days before the mega initial public offering of Ant Group, Alibaba's fintech affiliate, was called off at the last minute.

Since then, Ma has largely refrained from speaking publicly.

In an interview with CNBC in June last year, Alibaba co-founder Joe Tsai said Ma was "lying low right now" while taking up new hobbies such as painting. "I talk to him every day…he's actually doing very, very well," Tsai said. 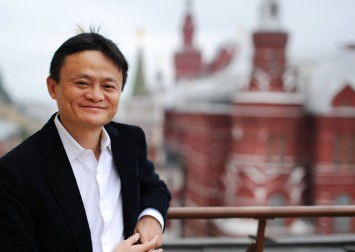 Last October, in his first overseas trip in more than a year, Ma visited several research institutions and companies in the Netherlands and other European countries involved in agricultural infrastructure, plant breeding, and the training of expertise in the field.

Ma was inspired by what he saw in the continent and believed that a combination of the technology with Alibaba's cloud computing, big data analysis and artificial intelligence would create tremendous potential for the modernisation of agriculture in China, the Post reported at that time, citing people familiar with the matter.

Ma was recently seen on Alibaba's main campus in Hangzhou in May, during the e-commerce giant's celebration of AliDay – an annual gathering of Alibaba employees and their families.

A photo published by China Philanthropy Times on its official Weibo account showed Ma seated with around 20 employees in a meeting room.