All at sea: What's in store for cruise industry after Covid-19

Hongkonger Eric Lee Tsun-lung has been on more than 50 ocean cruises since he was a youngster and looks forward to going to sea again soon, regardless of the spate of coronavirus outbreaks on cruise liners, frequently dubbed “floating Petri dishes” by commentators.

The 36-year-old joined his first cruise in 1994 with his parents.

He remembers it well; a three-day and two-night stay on the Star Pisces, operated by Star Cruises, from Hong Kong to Xiamen in southeast China’s Fujian province.

“I love everything about cruising,” says Lee, who works in human resources.

He enjoyed that first cruise so much that, as soon as he grew up, he started planning a fly-cruise trip to the United States and Europe.

These days, he likes heading to Europe “for the culture”, but his favourite destination is the Caribbean for its beaches, and his favourite operator is Royal Caribbean.

The length of time he spends cruising the oceans each year has increased as time has passed.

“I plan to cruise every year, at least one long haul to the USA-Europe and one short cruise in Asia,” he says.

Despite having loyal fans like Lee, some experts doubt passenger numbers will ever return to pre-pandemic levels when the cruise industry’s shutdown for coronavirus ends.

Governments and health authorities around the world have issued “no sail” edicts, many ports are closed to cruise ships, and the avalanche of bad press about on-board disease will be difficult for many to forget. 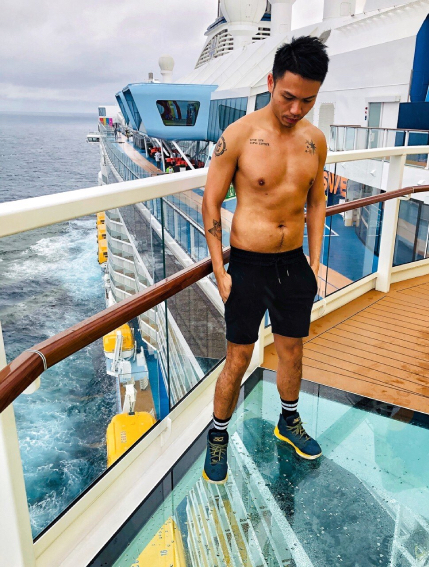 A Covid-19 outbreak on the Diamond Princess ship in February began the rolling disaster.

Quarantined off the coast of Yokohama in Japan and with more than 700 passengers testing positive for the virus, at one point the liner was home to one of the world’s largest clusters of cases. Thirteen of those on board infected with the virus died.

Then the virus struck the Diamond Princess’ sister ship Grand Princess off Oakland, California, with dozens on board testing positive.

Passengers from the infected Ruby Princess, a third ship in the Princess fleet, were allowed to disembark in Sydney, Australia, in March, fuelling outrage when the vessel became the largest source of coronavirus cases in Australia.

Meanwhile, the Westerdam cruise ship, from the Holland America line, followed a lonely trail around the world, repeatedly being refused permission to dock. Its passengers were finally allowed to disembark in Cambodia.

Months later, thousands of staff are still stuck on board cruise ships around the world, and not all cruise companies are saying exactly when the industry – which has billions of dollars in earnings each year – is expected to resume operations, though it’s widely expected many of the floating hotels will restart their voyages in August or September. 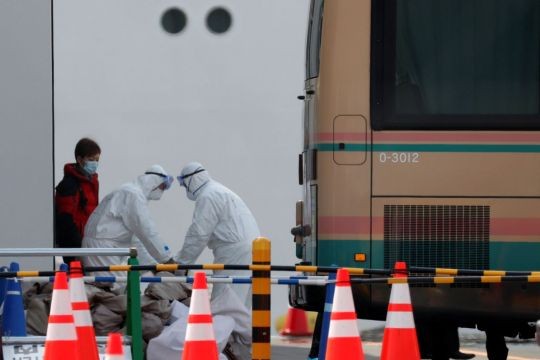 Joel Katz, managing director for Australasia and Asia of the global Cruise Lines International Association (CLIA), says that during the global hiatus companies are working on the “new landscape that cruises will operate within when the time is right to resume sailing”.

Most cruise lines are offering easy itinerary changes, deep discounts and enhanced credits for those passengers whose trips were cancelled, to jump-start the industry.

“Although a fully defined plan for resumption of cruising has not yet been finalised, we expect cruises in some markets are likely to resume in a gradual, phased-in manner, since the virus is at different stages in different parts of the world,” Katz says.

“At least in some regions, the first cruises that depart are likely to be shorter voyages [with] more limited itineraries.”

One of the first ships expected to leave Hong Kong post-pandemic appears to be Royal Caribbean International’s Voyager of the Seas, due to depart on July 12 for a three-day trip to Shanghai. It may be one of the first cruises operated by a major global player.

The sailing appears to be a response to the region’s recovery from the virus, and Royal Caribbean’s cruises in other parts of the world seem to be officially suspended until August. 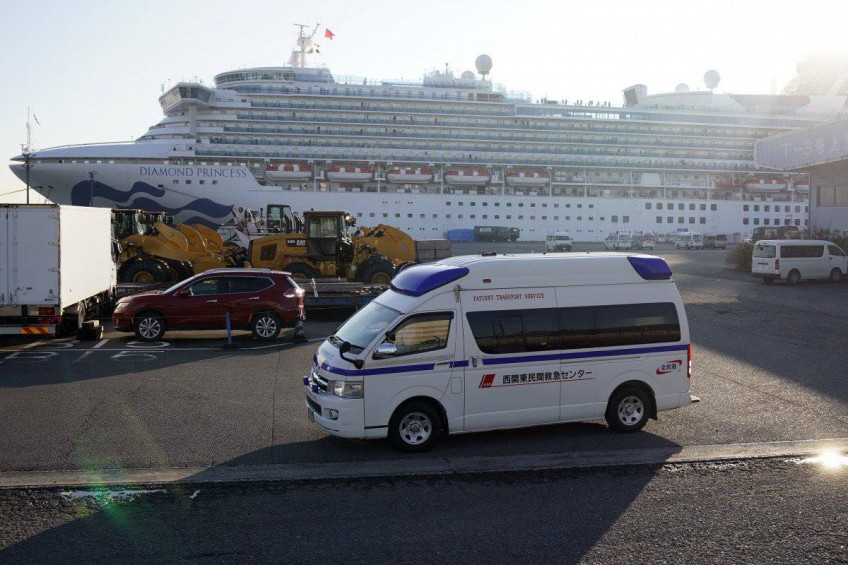 Passengers and crew on the Diamond Princess cruise liner were under quarantine in Japan until Feb 19, 2020. PHOTO: Reuters

With fares starting at US$330 (S$460) per person for a windowless inside cabin, the Shanghai cruise is listed on Royal Caribbean’s website, but the company declined to confirm or comment on other plans for the rebirth of the industry.

Pre-Covid, more than 30 million holidaymakers took to the seas each year, according to CLIA estimates, criss-crossing the world in ever more elaborate vessels, some featuring towering water slides, surf simulators, and live music and dance shows with hi-tech special effects.

Dedicated passengers are happy to sacrifice space and solitude for the pleasures of lavish buffet dining and almost constant entertainment.

But the necessary proximity of travellers to one another in ships’ crowded dining rooms and bars can speed contagion.

Cruise ships have faced several outbreaks of contagious diseases. In February, more than 370 passengers on the Caribbean Princess were diagnosed with norovirus, which causes vomiting and diarrhoea.

The health ministry of Trinidad and Tobago refused to let the vessel dock, and it had to turn back to the US.

More recently, those on board the ill-fated coronavirus-struck Ruby Princess on a March voyage from New Zealand to Australia were warned at the end of May that a crew member had since been diagnosed with tuberculosis.

Cruise operators are working with experts on ways to limit future disease outbreaks. Social distancing will be difficult to enforce, given the number of passengers needed on board ships to keep the industry profitable. 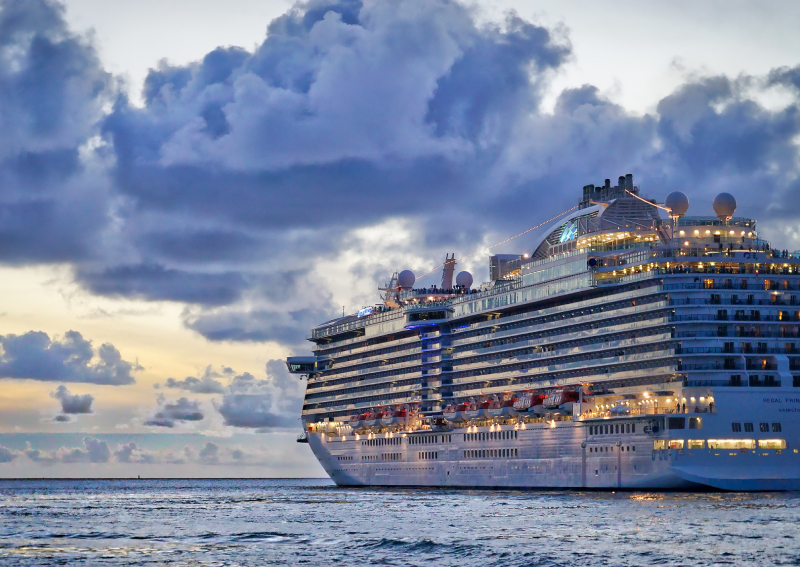 “The industry is taking a holistic approach to planning that looks at all aspects of the guest experience, both on board and shore-side, including reviewing screening and testing options,” he says.

“We will work with governments and public health authorities in all jurisdictions where cruising operates and will be guided by expert advice.”

Colleen McDaniel, editor-in-chief of Cruise Critic, a news and reviews website, says the cruise lines are still working on plans and protocols for the future, “with guest and crew safety a top priority”.

So far most of the companies have remained cagey about the exact policies they will introduce, but McDaniel says social distancing plans could include passenger limits on board or in specific areas of the ships.

One of the few operators to announce new sanitation protocols, she says, is the US-based Norwegian Cruise Line (NCL).

NCL operations will resume globally from August, with a seven-day cruise from Miami to the western Caribbean departing on August 2, offering fares from US$649 per person. 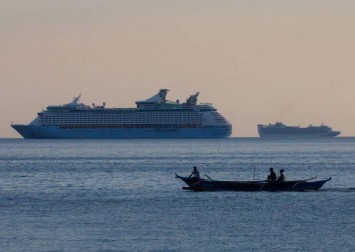 Experts think it’s likely most cruise lines will come up with similar protocols, but reducing the ships’ passenger capacity too much will eat into profits.

Hong Kong cruise fan Lee is looking to the future with optimism. He has a blog on Facebook dedicated to cruising and says he is regarded as a “media representative” by cruise companies. That entails sometimes being offered complimentary trips and shipboard lunch visits.

“I always book an inside cabin because I seldom stay in the room,” he says.

“There’s nothing like sitting on the pool deck, or in the lounge, with a glass of wine and an hors d’oeuvre, or just napping during the day.”

Lee, who voyages with friends and relatives but has also been on three cruises alone, says he is confident operators will take pains to deal with any potential disease outbreaks.

“I’m sure they will have strong hygiene levels to prevent the virus, maybe take fewer passengers on board, modify the buffet restaurant,” `he says.

“I’m not worried about it.”