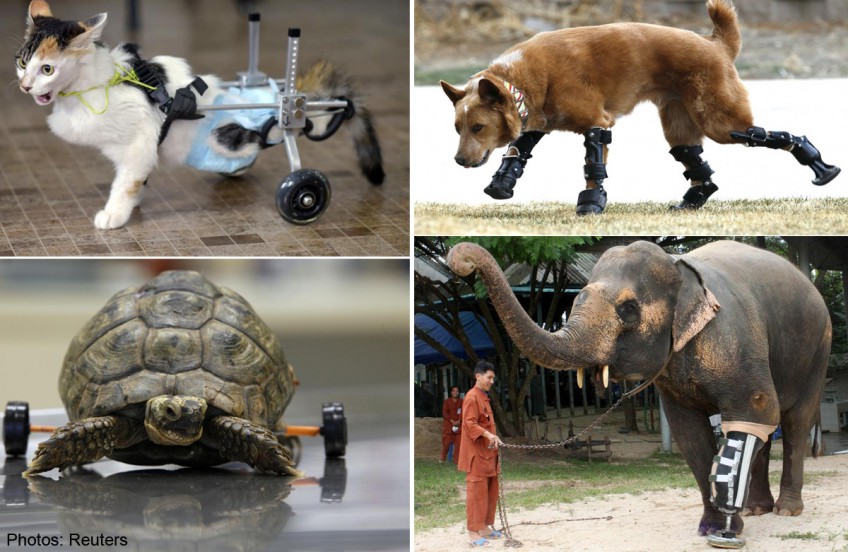 A cat that was critically injured after a man threw her out of a ninth-storey window in Chongqing China has been given a new lease of life.

The unlucky feline survived by landing on the fifth floor but the 32-foot fall had fractured her spine, causing her to lose the use of her hind legs.

Four surgeries and 10,000 yuan (S$2,243) later, the cat - now named Hei Hudie - can walk with the help of a wheeled prosthetic that replaces her legs.

Hei Hudie is not the only case of an animal using a prosthetis. Cases of disabled animals being able to walk again come from all over the world, from China to Thailand, and from Israel to the United States.

They also come in all sizes, from a turtle run over by a lawnmower to an elephant that lost a leg to a land mine. There is no animal anywhere too big or too small that can't be helped with proper medical care.

They may no longer have all four of their limbs, but these animals aren't going to let a thing like that slow them down.

Here are 18 animals who can walk (and swim) again, thanks to prosthetics and medical science.