An anonymous police officer made one pregnant waitress cry good tears after he tipped her $100 ($135) for an $8.75 bill.

The kind act was shared by the waitress' father, a certain Brian Cadigan from New Jersey, who took to Facebook last Feb. 16. His 23-year-old daughter, identified as Courtney English in various reports, is seven months pregnant and works as a waitress at a local diner to save money for her baby.

Cadigan showed a picture of the receipt the police officer wrote for English. His bill was only $8.75, but he left English $100 as tip, as well as a note that said: "Enjoy your first. You will never forget."

Cadigan said his daughter is always cheerful at work, which is why she has a lot of regulars.

Read Also
Husband mishears wife's romantic request, gets her turnips instead of tulips 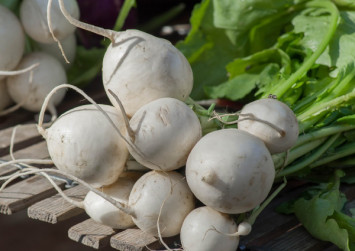 "This [police officer] was not one of them. Yesterday she was working the lunch shift when a Voorhees [Township] police officer came in," said Cadigan. "He was pleasant, and had his lunch by himself, and asked for the check."

He shared that English moved on to wait other tables upon giving the police officer his check. The police officer went up to the cashier to pay his bill and also to write the note for English.

"This officer, who I am sure works his butt off for his paycheck left her a $100 tip on a $9.00 ticket and the note simply said 'Enjoy your first, You will never forget it,'" he said. "What a wonderful person to not only leave a VERY generous tip, but a lovely message."

Cadigan said the kind gesture made English cry and also made her year.

"I don't know you Mr. Police Officer, but you made my little girl cry, and made her year. Thank you, I always had the utmost respect for Officers, but you went above and beyond not just an officer, but a beautiful human being."

Cadigan thought it apt to share his daughter's story because people often hear how terrible the police are. He, however, says that most police officers are just doing their jobs. They deal with the worst of society everyday and risk their lives to enforce laws they did not make, he said. Above all, they are human too who are capable of good things.

"Most of the good stuff they do you will never hear about, they don't do it for glory or recognition," Cadigan said. "They do it because they are good people and I wrote this post to point out one such act."