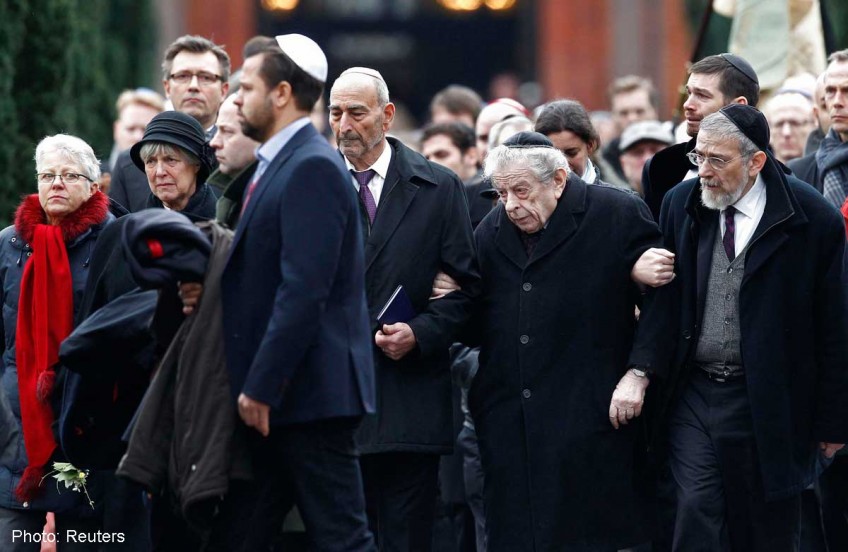 WASHINGTON - A prominent Jewish figure urged the United States on Tuesday to beware surging anti-Semitism in Europe and warned that seven decades after World War II Jews on the continent are having to look over their shoulders once more.

World Jewish Congress (WJC) president Ronald Lauder told a congressional committee in Washington that the United States could not sit by quietly, with events such as the recent attack in France underlining the growing threat.

"Once again, like the 1930s, European Jews live in fear," said Lauder, a billionaire businessman who inherited a fortune from his mother Estee Lauder's cosmetics empire.

"The United States can and must speak loudly and clearly to condemn this evil for what it is -- the radical Islamic hatred of Jews."

"To defeat this new flame of radical Islamic terror and survive... the United States must lead," stressed Lauder, whose mother was Jewish and in whose faith he was raised.

Lauder, who was joined by Roger Cukierman, a French Jewish leader, and Dan Asmussen, a Danish Jewish leader, noted that anti-Jewish attacks recently had hit France -- in Paris and Toulouse -- as well as in Copenhagen.

Danish society "itself is not and has never been anti-Semitic and many of the threats facing Danish Jewry -- like in the rest of Europe -- come from marginalised and radicalized Muslims, and these form a small minority of all Muslims in Denmark," Asmussen said.

Cukierman added: "This is a war against Western modern civilization. And the Jews are seen by these Jihadists as a privileged target.

"We Jews are the sentinels at the forefront of this war. But we are not the only victims. Military forces, policemen and women, journalists were also targeted and killed."

Since the attacks in Paris in January that left 17 dead, France has been on the highest possible alert with thousands of police and troops deployed at sensitive sites, such as media headquarters and synagogues.

But counter-terrorism officials say this will do little to prevent an attack like the one on the satirical Charlie Hebdo magazine in Paris.