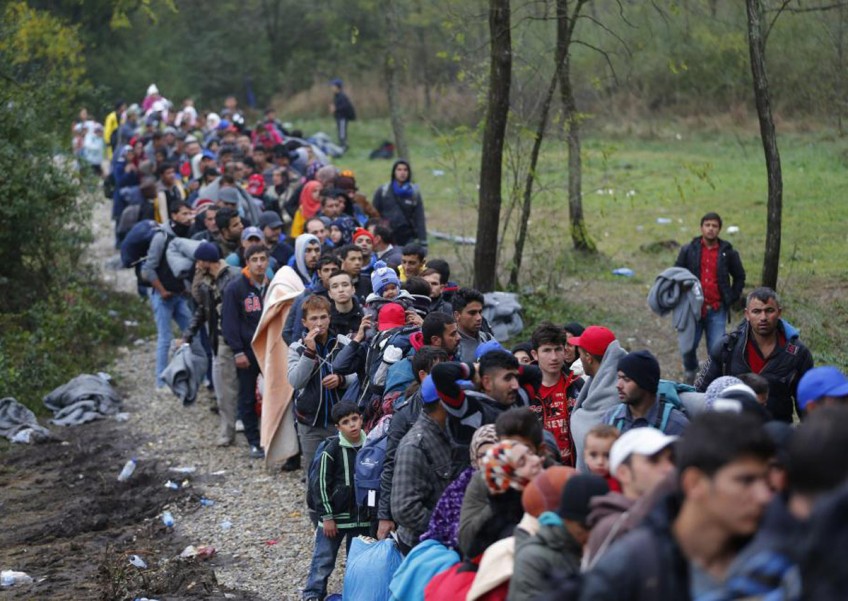 Firefighters were called to the blaze in Eskilstuna, 90 kilometres (50 miles) west of Stockholm, around 11:00pm (2100 GMT) on Friday, but the building was almost totally destroyed.

Police have launched an arson inquiry into the attack on the building, a former holiday camp which had been set to house around 60 people seeking asylum in Sweden.

The incident adds to around a dozen similar attacks since the start of the year and came a day after a man armed with a sword killed two people in a racist attack at a Swedish school with many immigrant pupils.

"If it's because of the fact that some people think this type of lodging should not exist - then that's really terrible," local official Tryggve Lundh said of the migrant hostel fire on SR public radio.

Sweden, a country of 9.8 million, expects to receive up to 190,000 asylum applications this year - putting it among the EU states with the highest proportion of refugees per capita as the continent struggles with a massive influx of migrants.

Support for the far-right has grown as Sweden's ability to house and integrate the new arrivals comes under strain.

Anti-immigration attitudes have been rising across Europe, as more than 600,000 migrants and refugees - most fleeing violence in Syria, Iraq and Afghanistan - have made the dangerous journey to the continent this year, according to the UN.