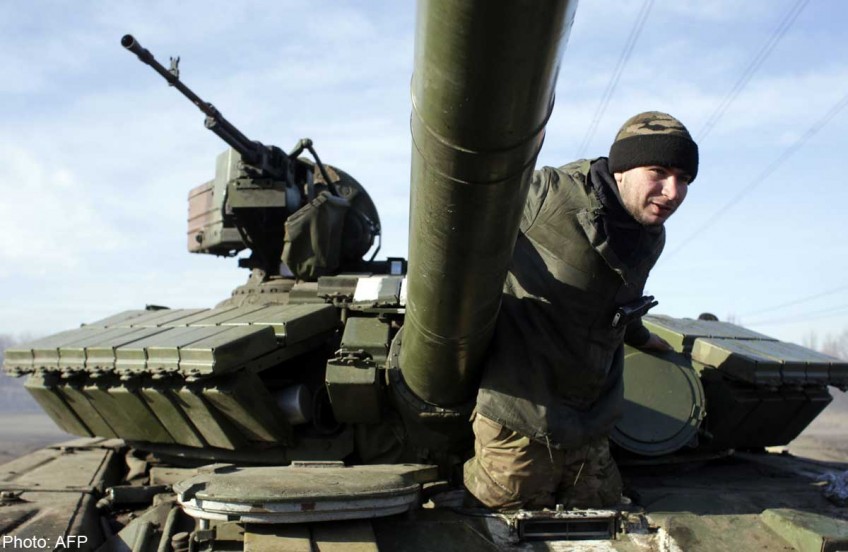 Intensive artillery fire broke out Sunday near the rebel-held city of Donetsk in eastern Ukraine, apparently breaking an internationally brokered ceasefire between pro-Russian separatists and the Ukrainian government, an AFP reporter said.

The sound of explosions began at 9:00 am (0600 GMT) and appeared to come from the area of Donetsk airport, a once important Ukrainian air hub which was captured by rebels in January and has been destroyed in fighting.

Under a ceasefire that took effect February 15 both sides were meant to withdraw all heavy weapons and to stop shooting. Sporadic clashes have continued near Donetsk and the government-held port city of Mariupol, but overall the rate of fighting has sharply declined.