The first-ever attendance of four Asia-Pacific leaders at last week's Nato summit is a clear sign a strategic shift in alliance has occurred among key countries in the region and even turned the US-China competition into one between the West and China, analysts said.

Disputing Beijing's assertion that Washington had engineered Nato's Asia-Pacific expansion, experts said it was Russia's invasion of Ukraine and China's growing aggression that had brought the region's leaders into seeking closer alignment with their European counterparts.

In a statement on June 30, the White House said the inclusion of leaders from Japan, South Korea, Australia and New Zealand at the Nato summit in Madrid had provided the opportunity to "strengthen the rules-based international order".

During the summit, Japanese Prime Minister Fumio Kishida said Tokyo intended to significantly upgrade its partnership with Nato, pointing out that the security of Europe was inseparable from that of Asia.

South Korean President Yoon Suk-yeol warned of the threat to universal values at a time of new conflict and competition, referring to Russia's aggression in Ukraine and Beijing's engagement with Moscow.

At the end of the meeting, Nato allies agreed for the first time to include challenges and threats posed by China into the alliance's strategic blueprint, arguing that Beijing's ambitions and its "coercive policies" were challenging the Western bloc's "interests, security and values".

China's mission to the EU on June 30 said the strategic concept was "filled with Cold War thinking and ideological bias" and had "maliciously attacked and smeared China".

A Chinese statement said: "Who's challenging global security and undermining world peace? Are there any wars or conflicts over the years where Nato is not involved?"

Robert Patman, international relations professor at the University of Otago in New Zealand, said if China was disappointed that democratic states in the Indo-Pacific were deepening ties with Nato, "it is equally true to say these states are very disappointed by the implications of Xi Jinping's government (in) providing diplomatic support for Putin's attempted annexation of Ukraine".

The claim that Putin's security concerns in Ukraine were legitimate had "undermined China's international reputation and weakened the assumption that Beijing supports key principles of international relations like sovereignty and territorial integrity", Patman added.

Jae Jeok Park, an associate professor at Hankuk University of Foreign Studies in Seoul, said geostrategic competition between the US and China had now turned into one between the West and China.

"China cannot outperform the West which includes the US and Europe," Park said, especially since the four Asia-Pacific countries also "hope to be a part of the West".

Ryo Hinata-Yamaguchi, project assistant professor at the University of Tokyo's Research Center for Advanced Science and Technology, said the attendance of the four leaders was "certainly significant".

"It created a new multilateral framework for security in the Indo-Pacific," he said.

Chong Ja Ian, an associate professor in the political science department at the National University of Singapore, said China's reservations about the participation of four Asia-Pacific countries reflected its view of competition with the US and its allies and its insecurities.

"If there is anything that states in Asia have to watch and adapt to, it is probably the changing and intensifying nature of US-[China] competition," Chong said.

In an article published in April, Li Qingsi of the School of International Studies at the Renmin University of China, accused the US of seeking to establish a "small Nato in Asia" and promoting the "Asianisation of Nato" to contain and encircle China and Russia.

An editorial in the Chinese nationalistic tabloid Global Times on June 28 said the four Asia-Pacific countries, "especially Japan and South Korea, should not be present at the Nato (summit)".

"Catering to Nato's Asia-Pacificisation is tantamount to inviting wolves into the house," the editorial said, warning that the "extremely unwise choice" was bound to damage the countries' strategic trust with China, "inevitably leading to consequences".

The editorial also warned of the importance of being vigilant of and opposing the "Asia-Pacificisation of Nato".

"(They) recognised the Nato summit was a critical opportunity to promote the importance of security in the Indo-Pacific," Hinata-Yamaguchi said, adding that Nato had also become more aware and concerned about incorporating the Indo-Pacific into their new strategy. 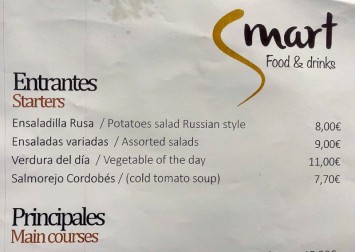 Jonathan Berkshire Miller, Indo-Pacific director and senior fellow at the Macdonald Laurier Institute think tank based in Ottawa, said the goal for now was not to "expand Nato" into the Indo-Pacific, but work with key Indo-Pacific countries to address issues of global concern.

"An example of this is the sanctions placed against Russia for its war in Ukraine," Miller said, adding that the four Asia-Pacific countries viewed the crisis in Europe as a litmus test for the credibility of Western deterrence.

Benjamin Ho, assistant professor at Singapore's S. Rajaratnam School of International Studies, said given the four countries' concerns over China, a strategic relationship among the four could not be ruled out after the summit.

"However, without the presence of the US, these four would not want to jeopardise their bilateral relationships with China, especially South Korea, by embarking on another exclusive bloc," Ho said.

But on Tuesday (July 5), South Korea's senior presidential secretary for economic affairs Choi Sang-mok said that Seoul should reduce its reliance on Beijing for exports given the slowdown in the Chinese economy. Choi also suggested that South Korea look to Europe for further growth opportunities.

However, a new quad comprising the four countries in the Asia-Pacific region is unlikely, University of Otago's Patman said, given the lack of inclination by the current New Zealand government to join security arrangements like Aukus or the Quad.

Aukus is a trilateral security arrangement between Australia, the UK and the US, while the quad counts the US, Japan, India and Australia as members.