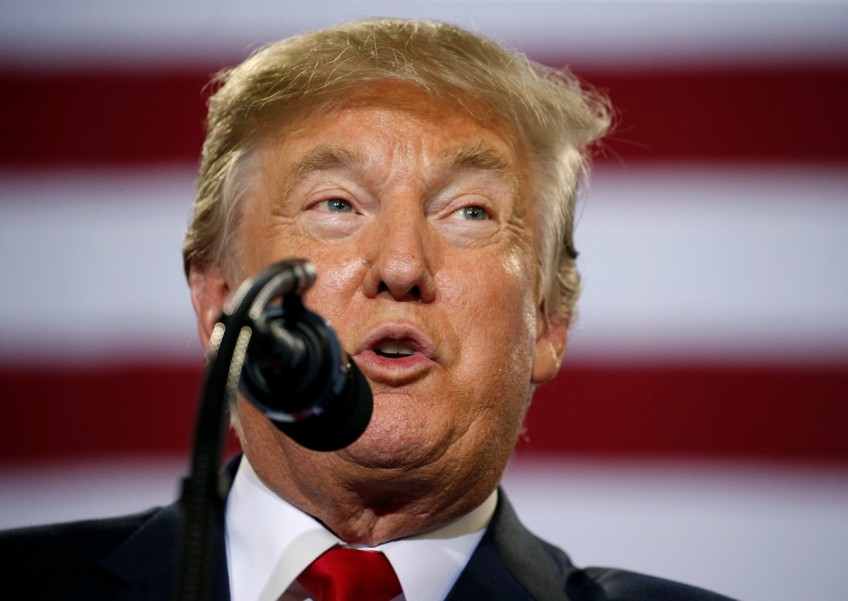 President Donald Trump on Wednesday appeared to confirm he had North Korea in mind last week when he described a gathering of military leaders as "the calm before the storm."

In an interview with US network Fox News, Trump was asked what he meant with the cryptic phrase, which had fueled concerns the United States and North Korea were closer to war.

"We can't let this to go on. We just can't," Trump said in response to the question, adding that China has been very helpful in the situation. "They cut off banking to North Korea."

Trump made the "calm before the storm" comment during an Oct. 5 photo opportunity before having dinner with US military leaders and their wives.

The dinner followed a meeting in which Trump and the military leaders discussed Iran, North Korea, Afghanistan and the fight against Islamic State.

On Wednesday, Trump also characterized a diplomatic deal with North Korea brokered under former President Bill Clinton as a failure.

"Before ... the ink was dry on the contract, they were already starting again with the missiles, and with the nuclear, frankly," Trump said.

"We cannot allow this to happen. This should have been taken care of long ago." he said.

This article was first published in CNBC.