The asteroid Apophis is forecast to pass Earth in 2029.

The bad news: An asteroid as big as the Eiffel Tower and named after a god of chaos is heading towards the Earth. The good news: It is expected to miss.

Scientists in Russia have projected that the asteroid Apophis will skim past the Earth in April 2029 in what could be the closest encounter the planet has had with a rock of its size.

Apophis will come within 39,000km (24,000 miles) of the Earth’s surface – close to the distance at which television satellites operate – according to forecasts by the Russian emergencies ministry, news agency Sputnik reported.

That is in line with previous calculations by US space agency Nasa, which in March ruled out Apophis smacking Earth in 2068 and estimated it would miss it by less than 32,000km in seven years’ time.

With a diameter of about 340 metres (1,115 feet), Apophis – named after the ancient Egyptian god of chaos – was described by Nasa as “one of the most hazardous asteroids that could impact Earth” after astronomers at a US observatory detected its existence in 2004.

Scientists in Hong Kong said it was highly unlikely that the rock would hit satellites or the Chinese or international space stations in low-Earth orbit in 2029, although its path would be clearer closer to the time.

“The predicted distance of closest approach is out in the region inhabited by [TV] satellites, but the chances of an impact with any satellite there are minuscule given the relative sizes and speeds compared with the volume of space,” said Quentin Parker, head of the Laboratory for Space Research at the University of Hong Kong.

“The International Space Station and [China’s] Tiangong space station are in a much lower Earth orbit of less than 500km [310 miles] and again the risks are minuscule.”

The Earth would still have its closest ever encounter with an asteroid of such scale, Parker said.

“[Apophis] will pass 10 times closer than the moon and is only about five times Earth’s radius away,” he said.

“We have around 500 geostationary satellites that are further away than where this object will be at its closest approach, so it is considered to be the closest asteroid of its size in recorded history.”

Lee Man Hoi, a planetary dynamicist who heads the Earth sciences department at HKU, said that on average an asteroid this big was “expected to impact Earth once in about 100,000 years”. 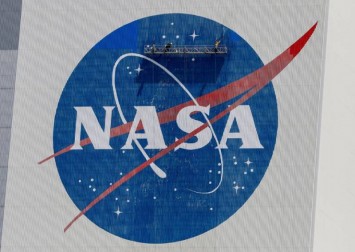 “The probability that the asteroid would hit a [satellite] in 2029 is very low,” he said.

Nasa removed the rock from its risk list after its calculations in March and said that Apophis’ approach would be an exceptional opportunity for astronomers to observe a “solar system relic” close up.

The Russian ministry’s researchers estimated that if the asteroid struck Earth, it would release energy equal to 1,717 megatons. That would be 30 times the force of the Soviet Tsar Bomba tested in 1961, the largest nuclear bomb ever detonated.

Parker, of HKU, pointed to the Tunguska event in Russia in 1908, which had the largest impact on Earth by a celestial body in modern history.

“[It] had a diameter of only about 60 metres or so, and a 12-megaton explosion that still flattened 2,150 sq km [830 square miles] of Siberian forest,” he said, adding that the damage from any impact by Apophis “would be considerable whether on land or ocean – think tsunami”.