Asylum seekers in the West highest since Bosnia war: UNHCR 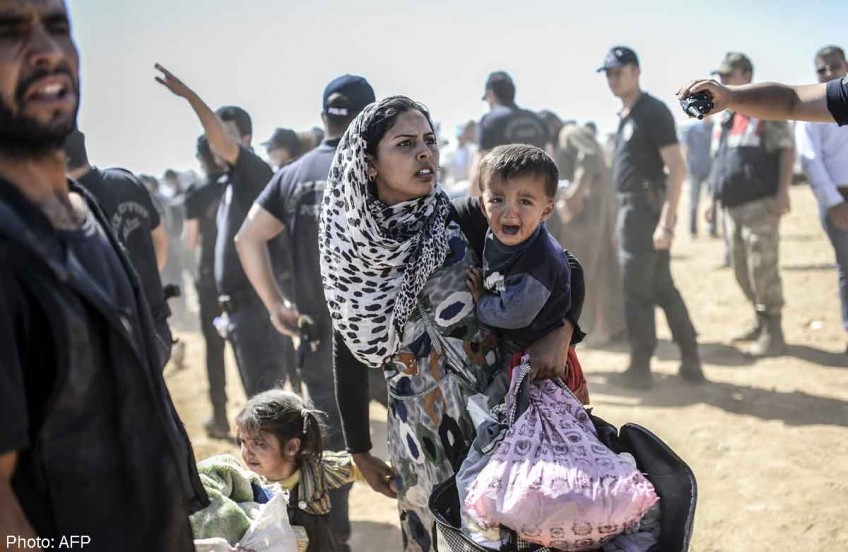 A Syrian Kurdish woman crosses the border between Syria and Turkey at the southeastern town of Suruc in Sanliurfa province.

GENEVA - Wars in Syria and Iraq drove the number of people requesting asylum in industrialized countries to a 22-year high last year, the United Nations said on Thursday, appealing for Western nations to open their doors to more refugees.

An estimated 866,000 asylum-seekers lodged claims in 2014, a 45 per cent rise from the year before and the highest figure since the start of the war in Bosnia, when the all-time high of nearly 900,000 was recorded, the UN refugee agency said.

"Today, the surge in armed conflicts around the world presents us with similar challenges, in particular the dramatic situation in Syria. Our response has to be just as generous now as it was then," said UN High Commissioner for Refugees Antonio Guterres.

Some 3.9 million Syrian refugees taken in by Lebanon, Turkey, Jordan and Iraq don't figure in the statistics in its "Asylum Trends 2014" report.

Syrians accounted for nearly 150,00 applications for asylum in 44 industrialized countries last year, one in every five claims, it said.

Iraqis placed second with 68,700 requests, almost doubling the 2013 figure, "a reflection of the calamity and the violence that is taking place in Iraq right now and over the past half year," UNHCR spokeswoman Melissa Fleming told a news briefing.

Afghans formed the third largest group, followed by citizens of Serbia and Kosovo, and Eritreans, the agency said.

Germany topped the list as the industrialized country receiving the largest number of asylum applications, 173,000, with Syrians accounting for one-quarter of all claims, it said.

"Most Iraqis are fleeing to Turkey," Fleming said. "If you just look at Syrians, it's Germany and Sweden that are taking in most of the Syrian asylum-seekers in Europe."

Italy, the destination of many boatloads of people from Africa and the Middle East crossing the Mediterranean, received 63,700 asylum applications, fifth highest worldwide.

"Most of the people who land don't stay in Italy but make their way to other countries in Europe," Fleming said.

Australia registered a 24 per cent drop in requests, with fewer than 9,000 in 2014, the UNHCR said, noting its tougher immigration policies.

"In this decade we will," he said, in one of the biggest applause lines of his speech.