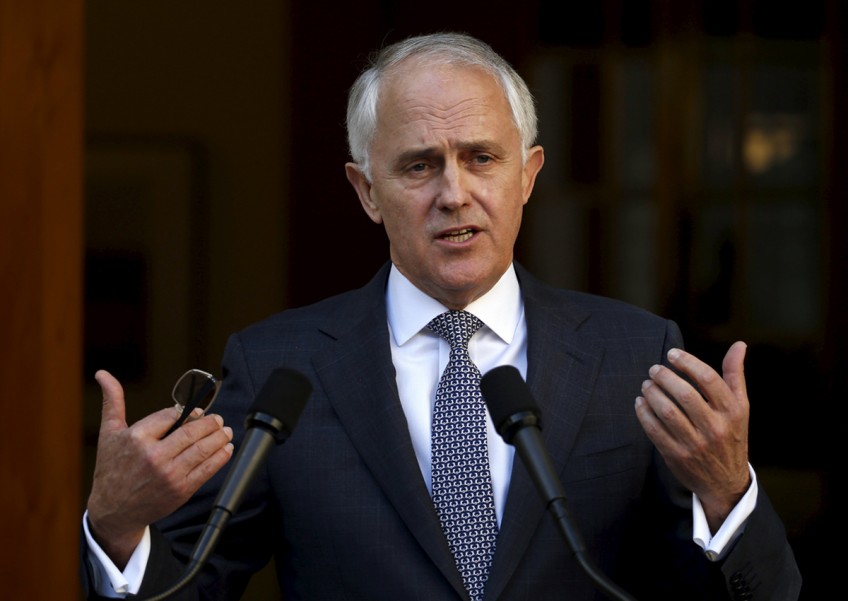 Australia has been adjusting somewhat fitfully to a new phenomenon: for the first time, it has a prime minister who happens to be a supremely wealthy self- made millionaire.

Mr Malcolm Turnbull made his hefty fortune as a lawyer, technology entrepreneur and investment banker.

He and his wife Lucy reportedly own numerous properties in New York and across Australia, including a waterfront mansion in Sydney's Point Piper, one of the nation's most exclusive suburbs.

But his wealth has prompted speculation about whether it will prove to be a political hindrance.

In recent weeks, Mr Turnbull has been subject to a savage political attack over his financial affairs, with the opposition Labor Party targeting his investments in "scam" hedge funds in the Cayman Islands.

Analysts say Australia is not used to having such a wealthy self-made leader, and its voters tend to regard millionaires in politics far less reverentially than in other countries such as the United States.

But most observers say Mr Turnbull's fortunes could actually boost his popularity.

An expert on Australian public opinion, Mr Tony Mitchelmore, said Labor's attacks had backfired and that voters may see his wealth as demonstrating his ability to steer the nation through the current turbulent economic times.

Mr Mitchelmore, managing director of market research firm Visibility, said the public knew Mr Turnbull had made his own fortune and so "it is not a silver spoon situation".

"The public is not buying Labor's attacks," he told The Sunday Times.

The surveys found many voters believe Mr Turnbull's wealth shows he will be well placed to oversee the economy as Australia's mining boom fades.

"People in Australia don't feel as wealthy now... They see Turnbull's wealth and think he might be good at running the economy," he said.

Australia has had other rich leaders, including previous prime minister Kevin Rudd. But Mr Turnbull is far better known for his wealth, partly because he was a successful businessman before he entered politics.

The Opposition's assault on the Prime Minister's wealth was labelled a personal "smear" and has been roundly criticised.

Mr Turnbull accused Labor of playing "the politics of envy", revealing that he invested in offshore funds to avoid the potential for a conflict of interest with his ministerial duties.

In an unusual, highly personal defence of his wealth, he admitted in Parliament that he and his wife had been "very fortunate in our lives".

"We have more wealth than most Australians, that is true," he said.

"We've worked hard, we've paid our taxes, we've given back... So if the (Opposition) wants to wear a sandwich board saying, 'Malcolm Turnbull's got a lot of money', feel free. I think people know that."

The most recent opinion poll indicated Australians have not been put off by Mr Turnbull's fortune.

A Fairfax-Ipsos survey last Monday found 53 per cent support for the ruling Coalition, compared with 47 per cent for Labor.

Significantly, Mr Turnbull had an unusually high approval rating of 68 per cent, with only 17 per cent disapproving.

Analysts said many Australians would like to improve their wealth and so they do not look on with envy at those who have done so already.

"His wealth, and that of his wife, Lucy, is mainly derived from starting successful businesses, and selling them," said political commentator Peter Hartcher in The Sydney Morning Herald.

"They're philanthropists who give away some half a million dollars a year... Turnbull, rather than being resented for his wealth, is more model than monster."